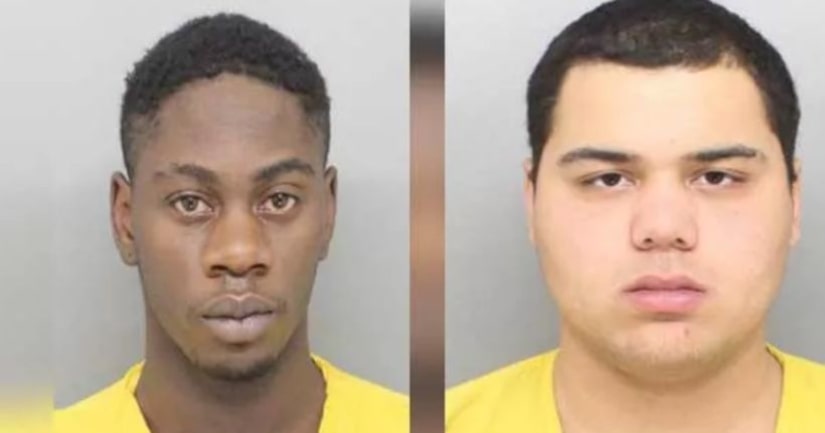 Steven Lee, 20, and Antonio Leicht, 21, are scheduled to face a judge at 9 a.m. Monday morning on one count each of rape.

The men, who are cousins, raped the teen, one right after the other, in the basement of home in the 300 block of Anderson Ferry Road early Saturday, said Delhi Township police Lt. Joe Macaluso.

The girl was taken in an ambulance to Cincinnati Children's Hospital Medical Center, where doctors examined her, he said.

The victim was released from the hospital to her parents, he said: "She's doing as well as can be expected under the circumstances."

"This is a very sad case," Macaluso said. "This was rape. This girl did not ask for this. She did not lead anyone on for it. She was raped."

Police responded to the residence at 2:50 a.m. Saturday. Hamilton County dispatchers took a 911 call from a girl who said her friend sent her a Snapchat stating older males are raping her friend, an incident detail report shows.

Macaluso said the rape unfolded when the suspects and an 18-year-old male friend of theirs partied with the victim and two of her female friends at the 18-year-old's house. The girls are all 15 and 16, he said.

The 18-year-old's father was home at the time, Macaluso said. But he said he thinks the man was sleep in a bedroom upstairs and had no knowledge of the events.

"It wasn't like it was a loud banging party and people were screaming," Macaluso said, but, he noted: "You need to be aware of what's going on in your home."

The man's son also had no involvement or knowledge and was in a different part of the home when the rape allegedly occurred, according to Macaluso.

One of the suspects, Lee, faces an additional charge of assault.

Macaluso said Lee attacked one of the victim's friends, who is 16, when she told the 18-year-old the 15-year-old was raped.

"He overheard it and punched her," the lieutenant said.

This is not the first time Lee has been accused of a sex crime involving a female juvenile.

He was accused in June of having sex three times with a girl who was between the ages of 13 and 15 between February and March 2017 despite knowing she was underage, his indictment reads.