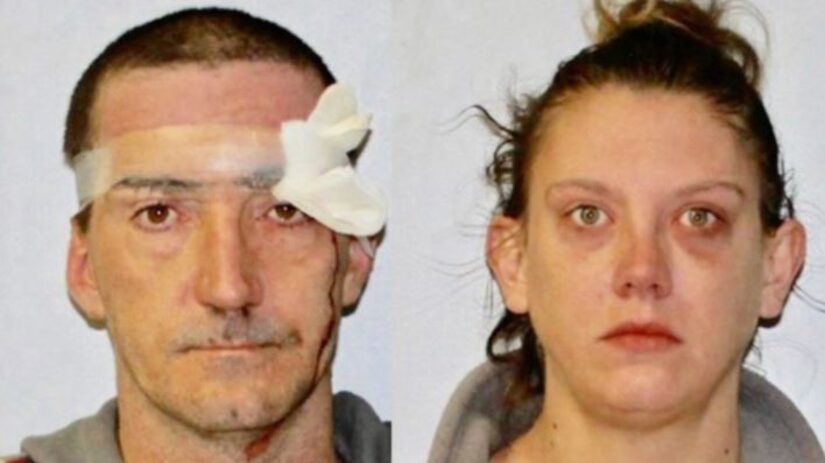 Ontario, N.Y. -- (WHAM) -- A father and mother were arrested Thursday by State Police after one overdosed on heroin and another vomited on the hood of a State Police car.

According to our news partners at the Times of Wayne County, troopers were called to the parking lot of the Lakeside Diner in Ontario around 7 p.m.

Troopers said they found 35-year-old Joshua Kendt and 30-year-old Lindsay Kendt when they arrived on scene. Joshua had overdosed on heroin and was revived using naloxone. Police said Lindsay was "highly intoxicated" while they were on scene and eventually vomited on the hood of the police vehicle.

The couple's children - ages 8 and 9 - were reportedly running around the parking lot, looking for someone who could help their father.

Both parents were arrested and charged with two counts of endangering the welfare of a child. They were arraigned and released with appearance tickets for the town of Ontario court on February 20.