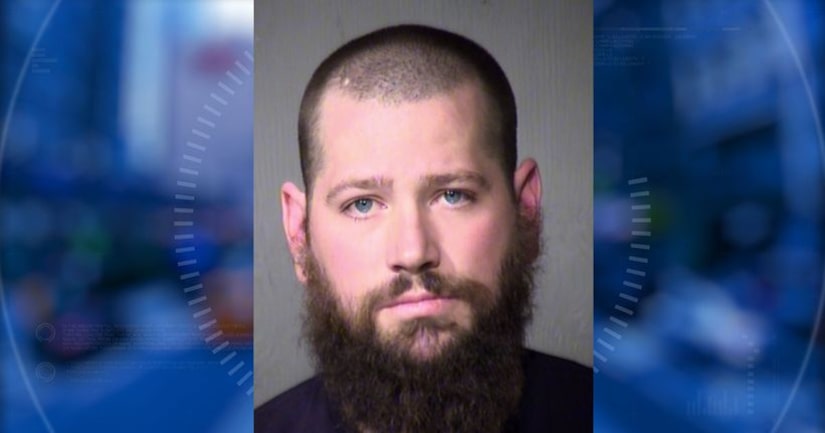 PEORIA, Ariz. -- (KNXV) -- A Peoria father was arrested after he reportedly caused several injuries to his pre-teen son.

Peoria police say that on Friday they contacted the child after he ran away from school. The boy got in trouble at school and heard his father, 29-year-old Macaiah Gunderson, was coming to get him.

The boy relayed to police that he was afraid of what his father would do.

He reportedly told police that two days earlier his father slapped him in the back of the head and the face causing his nose to bleed. He also allegedly picked him up and slammed his head against the door jam, causing him to chip a tooth.

This allegedly happened when the child was playing with their puppy, and the puppy squealed.

Police say they found injuries on the boy that matched his story. Gunderson reportedly admitted to slapping the boy in the back of the head and said he hit his head on the door jam when Gunderson picked him up.