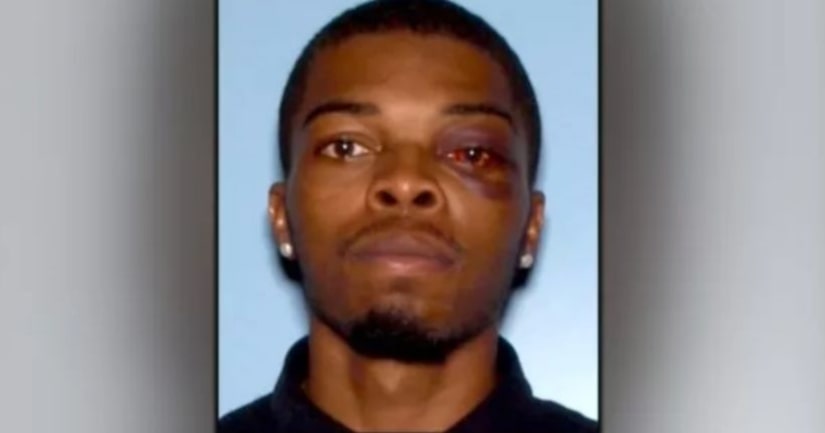 DEKALB COUNTY, Ga. -- (WGCL) -- Police have arrested a man accused of kidnapping, beating and stabbing his ex-girlfriend, who was found naked on the on the side of the road in Newton County.

In the video, the woman, who is only wearing a bathrobe, steps out of her room to take out the trash. She immediately encounters the suspect and tries to close the door on him. He prevents the door from closing and grabs her, forcing her into his car.

At the time of the kidnapping, the child was inside the motel room with the mother's friend, who witnessed the crime.

“That witness was able to contact the police and let them know who took the victim,” said Shiera Campbell, a spokeswoman for the DeKalb County Police Department. “He was driving a late-model Monte Carlo. It was blue in color, and we were able to get a good shot of it as he was leaving the hotel parking lot.”

The victim ended up 26 miles away where she somehow escaped from the vehicle after putting up a fight. A passerby spotted the woman walking out of the woods along Jack Kneely Road. She was naked. She had been beaten and stabbed and was pleading for help, the witness said.

“That's crazy,” said Larry Harris, a guest at the motel where the kidnapping took place. “That's something that nobody should have to go through. I just hope everything falls in place and they catch up with him because you don't do nothing like that to no woman.”

FULL STORY: Mother kidnapped, beaten and found naked on side of road - WGCL