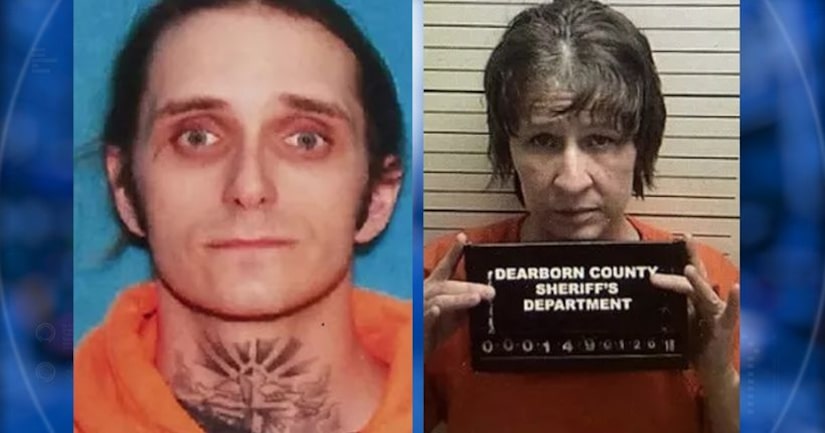 AURORA, Ind. -- (WXIX) -- A man and his girlfriend are charged with murder in the violent slayings of his mother and grandfather in southeastern Indiana earlier this month.

Craig and Bryant's bodies were found Jan. 19 when Dearborn County deputies went to their Aurora residence to conduct a welfare check.

Bryant, 78, was found lying at the bottom of the home's basement stairs. A preliminary autopsy report shows he suffered blunt force trauma to his head in addition to stab wounds, Prosecuting Attorney Lynn M. Deddens said in a prepared statement.

Craig, 58, was found in the basement. She died from multiple stab wounds, according to the statement.

Booth and Thompson were missing from the residence.

The next day, law enforcement officers stopped them in Bryant's vehicle on KY 80. Booth was driving and Thompson was riding in the passenger seat.

Booth was arrested on an outstanding warrant for a Kentucky Parole Violation.

Thompson was taken into custody on Friday.