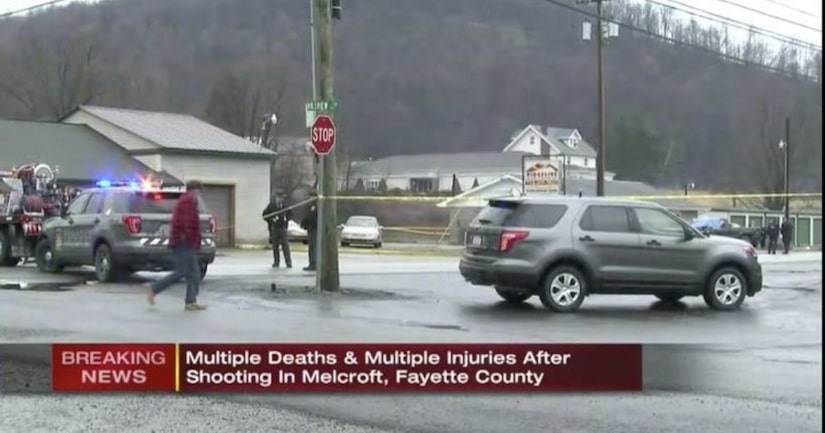 Pittsburgh station WPXI reports four people are dead according to state police after a shooting at a car wash in Fayette County early Sunday morning.

MELCROFT, Pa. -- (WPIX) -- State police say three men and two women have been found dead in a shooting at a Pennsylvania car wash.

The shooting occurred shortly before 3 a.m. Sunday in the Melcroft community of Saltlick Township, about 55 miles southeast of Pittsburgh.

Police said Sunday they have no motive yet for the deadly shooting. Four of the victims were pronounced dead at the scene, while another died at a hospital.

Two victims died inside a vehicle and two were found outside in the car wash's parking lot.

An injured person was taken to a hospital. Authorities say it's not clear if that person was shot. Details on that person's condition were not immediately released.

Authorities were trying to determine if the shooter was among those found at the scene.