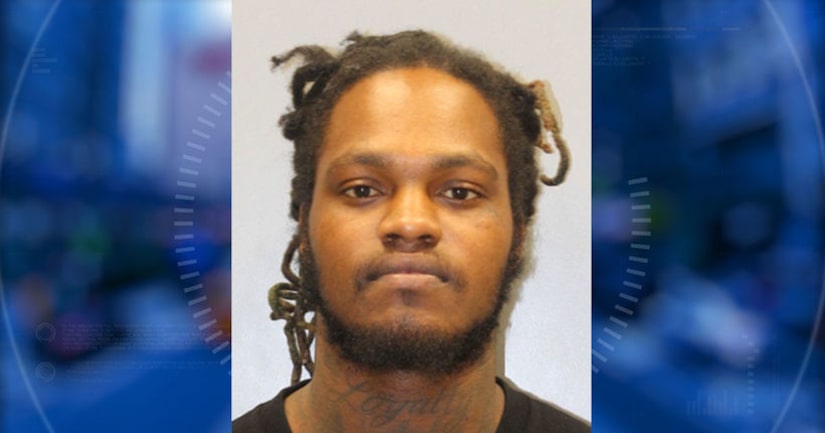 COLUMBIA, S.C. -- (WLOS / AP) -- A sheriff says a man who jumped out of the front row of a comedy club in South Carolina and attacked a comedian who was using him as part of his show should have sat in the back if he didn't want to be picked on.

Marvin Toatley, 28, faces a number of charges in microphone stand-swinging, stool-throwing attack Sunday night at the Comedy House in Columbia, including assault and battery of a high and aggravated nature, Richland County Sheriff Leon Lott said.

"Why would somebody lose control over a comedian making fun of them? I shake my head at that," Lott said.

No one was seriously injured in the attack, which happened during a performance by Steve Brown. A video made in the club has been viewed millions of times, and the sheriff said it made his investigation easy.

On the video, Toatley swings the microphone stand at Brown several times and the comedian jumps out of the way like in a swordfight before the stand flies out of Toatley's hand and into the crowd.

Lott said two people in the crowd were hit by the stand and along with Brown could have been killed. That prompted deputies to charge Toatley with three counts of assault and battery of a high and aggravated nature, each of which carries up to 20 years in prison if he is convicted.

Toatley remained in the Richland County jail awaiting a bond hearing. It wasn't known if he had a lawyer.

Brown didn't respond to an email from The Associated Press but posted a picture of a cut on his arm from the microphone stand on his Instagram account and let his followers know he was OK. He also posted that next time he heads on the road, he's going to call it the "I need security!" tour.

The sheriff said he enjoys going to the comedy club, but learned a long time ago to sit in the back if he doesn't want to become part of the act.

"You've got to have tough skin if you're going to a place like that," Lott said at a news conference.