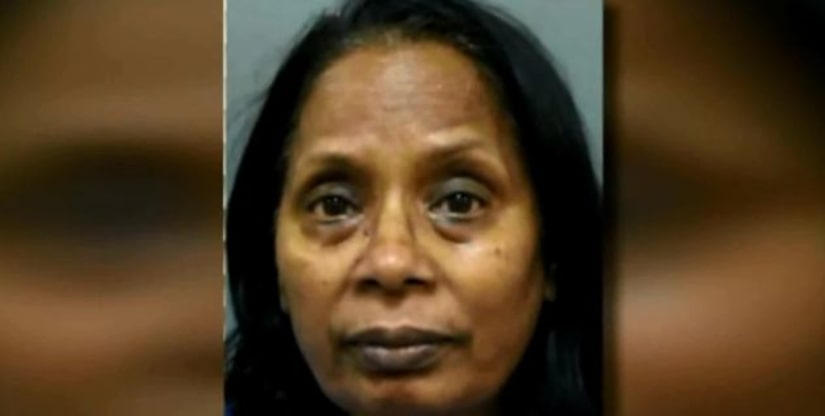 MONTGOMERY CO., Md. -- (WDCW) -- A Maryland child care worker is arrested after police say they have video of her slapping a toddler in her care multiple times, and now investigators in Montgomery County are concerned there may be more victims.

Christina Dhanaraj, 65, of Winding Waye Lane in Silver Spring, is charged with second-degree child abuse. The Montgomery County Special Victims Investigations Division say they were given a video showing a woman identified as Dhanaraj abusing the two-year-old girl. In it, the video shows the victim sitting in a room inside Dhanaraj's home when police say you can see the woman approached the little girl, scold her, then slap her in the face as many as eight times, causing the child to cry. Police say the woman then pushes the child to the floor, grabs the victim's head and then pushes the victim with a jerking motion. They believe the incident happened in November or December of 2017, but police didn't receive the video until January 12. Dhanaraj was arrested that day and has since been released on bond.

Police are not releasing the video because it is part of their investigation.

Dhanaraj has been providing in-home child care for nearly a decade and investigator are working to find out if any other children in her care have been abused.

FULL STORY: Police: woman arrested for slapping child while in her care - WDCW