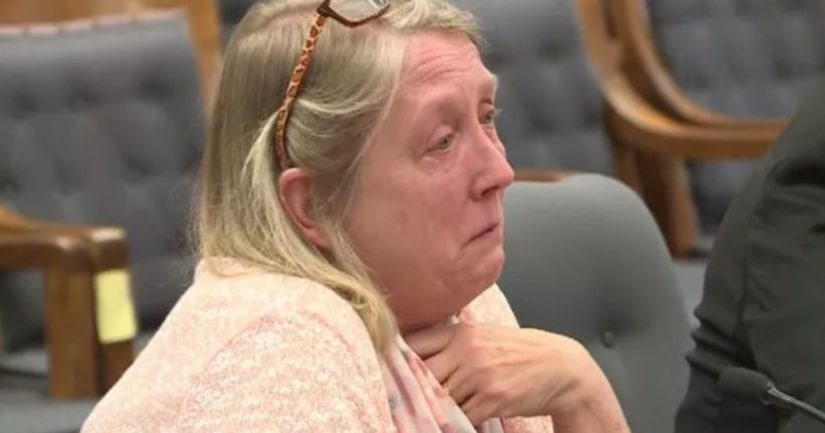 OMAHA, Neb. -- (WBRC) -- After pleading no contest to intentional child abuse, a former childcare provider, caught on video hitting and shaking a 4-year-old girl, was sentenced to two years in prison Tuesday.

Cellphone video of Lynn Rowe, 59, abusing a 4-year-old at her home daycare in late March 2017 became key evidence in the case against her, and the judge played it right before her sentencing.

As seen in the video, Rowe repeatedly slaps the victim then gives her a violent shake during a teaching lesson.

The child can be heard saying, “You're hurting me!” before Rowe responds, “Good, I hope it hurts you!”

While watching the video in court, Rowe flinched and shook her head at her own actions. She also cried as she apologized, saying she takes full responsibility.

“I was grateful that the video was shown – in a sense to make her watch it. It's a powerful message,” said Allen Meyers, the victim's father.

Although the Meyers family asked for the maximum sentence of three years, they say they feel relieved the case is closed.

“I feel that she should be in an uncomfortable situation she has no control over and to spend her days and nights thinking about what she did to all those trusting, innocent children,” said Kelley Meyers, the victim's mother, in court.

The Meyers say they hope this case serves as a warning for others to pay attention to their child's caretaker.

“You want proof that everything is going well. That's my biggest advice,” Kelley Meyers said.

Rowe's attorney had asked for probation, telling the judge his client dedicated her life to children for 34 years. He says he's not sure yet whether Rowe will want to appeal the sentence.