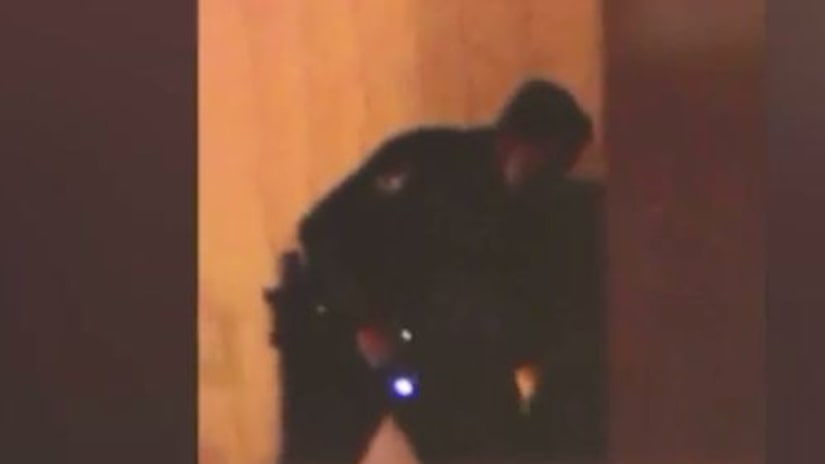 MINEOLA, N.Y. -- (WPIX) -- A veteran police officer in a small, local department said that he was defending himself when he beat up and tasered two brothers from a prominent Nassau County family.

Officer Anthony Federico, of the Rockville Centre Police Department, also said that a cellphone video, recorded by an eyewitness at the scene, proves his self-defense alibi. Meanwhile, the woman who recorded the video says it proves that the cop assaulted her friends. Prosecutors have agreed with her, and argued against Officer Federico in the first day of his assault trial.

The video was recorded by Alyson Gallo, a woman who'd been out drinking with brothers Kevin and Brendan Kavanagh at a bar in Rockville Centre on May 8, 2016. Around 2:45 a.m., Gallo, the Kavanaugh brothers and other friends had encountered another group of people, with whom they'd had a dispute. Officer Federico was dispatched to the scene alone.

The video shows the brothers in close proximity to Officer Federico, and in physical contact with him. At court on Wednesday, the Rockville Centre police commissioner said his officer did the right thing, and that one of the Kavanaghs punched Officer Federico in the head seconds before the video started recording.

FULL STORY: Did a cop assault a citizen, or was it self-defense? New trial seeks answers - WPIX