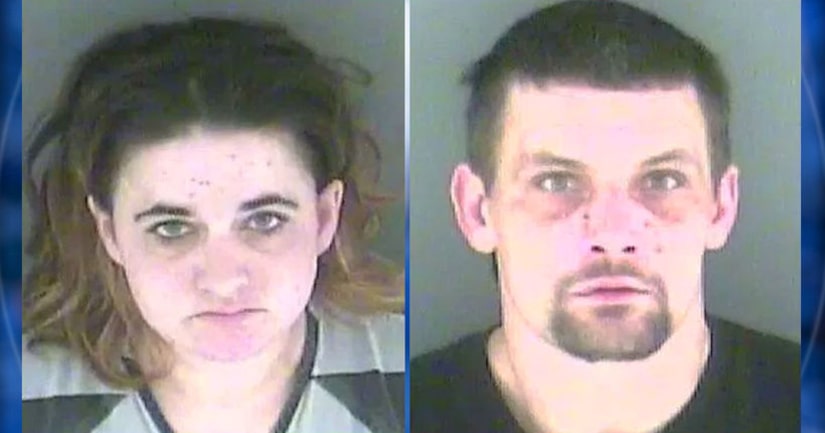 SHELBYVILLE, Ind. -- (WXIN) -- The Little Caesars in Shelbyville will temporarily shut down after allegations that its former manager has Hepatitis C and had been preparing food with open sores on her body.

The former employee, Sasha Fletcher, and her boyfriend, Joshua Parsons, are also both accused of buying and using heroin at the business in the 800 block of Harrison St.

Officers responded to the store Tuesday. When they arrived, they began speaking with Fletcher and observed Parson, who is not an employee, making a pizza barehanded, according to a police report. While speaking to the couple, officers say they appeared to be impaired on heroin.

Officers then deployed a K9 to sniff the area of the couple's vehicle. The dog reportedly indicated that it smelled the odor of narcotics in the vehicle. During a search, officers say they found several syringes and spoons with residue that “appeared to be heroin.”

Fletcher has been fired by Little Caesars and the restaurant will be temporarily shut down Wednesday night for a thorough cleaning, according to Robert Lewis, the county health commissioner. It's unclear when it will reopen.

Indiana law requires any person in the food service industry with open sores to utilize an impenetrable barrier between the open sores and any food they are handling.

“Mr. Lewis has been checking today with local health officials on the potential for a contagious outbreak,” said Prosecuting Attorney Brad Landwerlen Wednesday.