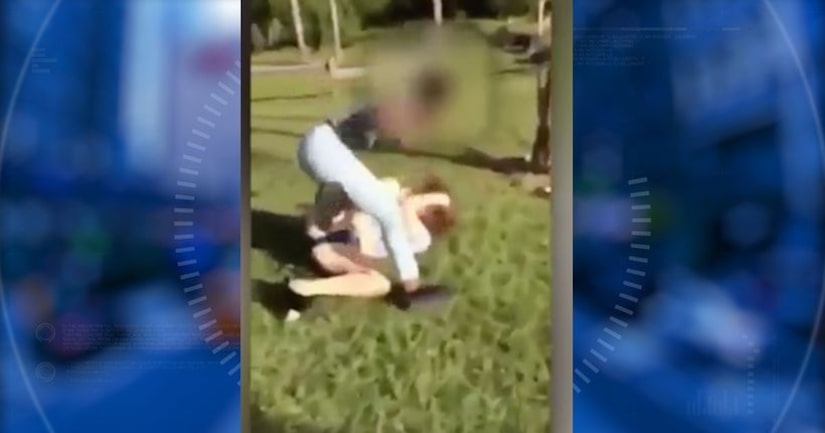 MARTIN COUNTY, Fla. -- (WPTV) -- Investigators say on Sunday a 13-year-old girl was lured to Manatee Cove Park in Stuart so her 14-year-old classmate could attack her.

Punch after punch, the entire assault was caught on cellphone cameras by bystanders. The video was obtained exclusively by WPTV. As it continues, not a single witness steps in to help her.

“[Detectives] called me on Sunday to say my daughter was at the park, that she had been assaulted, and that she was being rushed to the hospital,” the victim's mother said Tuesday.

WPTV has chosen to withhold the mother's name to protect her juvenile daughter's privacy.

The victim's mother says her daughter is recovering from the attack, but is covered in bruises, has a swollen jaw and is suffering from headaches after her attacker allegedly ripped out handfuls of her hair.

“This was animal behavior,” she said.

Deputies say the video was posted to Snapchat.

The family just moved to Martin County not too long ago, and the victim has only been a student inside Martin County Public Schools for about one week.

“She wouldn't hurt a fly,” her mother said, tears welling in her eyes. “She didn't even try to hit the girl back and kick her. Why would they pick on someone like her?”

Martin County deputies arrested the 14-year-old suspect, but Martin County Sheriff William Snyder says since no bones were broken, she could only be charged with misdemeanor battery.