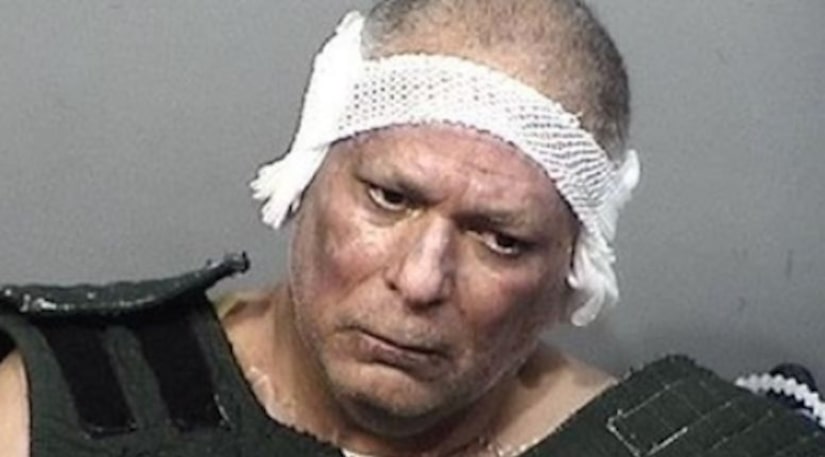 BREVARD COUNTY, Fla. -- (WKMG) -- The man who Palm Bay police said broke into a home last year and set his wife and son on fire in a deadly blaze partly witnessed by his family, was found dead at the Brevard County Jail Complex over the weekend, authorities said.

Edgard Fuentes, 65, was awaiting trial on two counts of murder, two counts of attempted second-degree murder and one count of arson in connection with the Jan. 11 fire at his Palm Bay home in the 500 block of Ixora Avenue.

A cellmate found Fuentes' body just after midnight Saturday, slumped forward with a sheet around his neck that had been tied to a bed frame in his general population cell. The cellmate - who investigators said had been out of the room for 15 minutes - told corrections deputies who then attempted to revive Fuentes. Investigators said notes from Fuentes were found in the cell, reports News 6 partner Florida Today.

Police said that prior to the murder Fuentes had gotten into an argument over ownership of a vehicle several days earlier with family members at a bowling alley.

With Fuentes death, the case will likely be closed since he was the only suspect, according to detectives and witnesses.

Palm Bay detectives "were aware that he hung himself over the weekend,” said Lt. Steve Bland, spokesman for the agency which investigated the grisly slayings. It was also the first of 35 reported homicides in Brevard County for 2017 and one of eight cases that involved domestic violence.