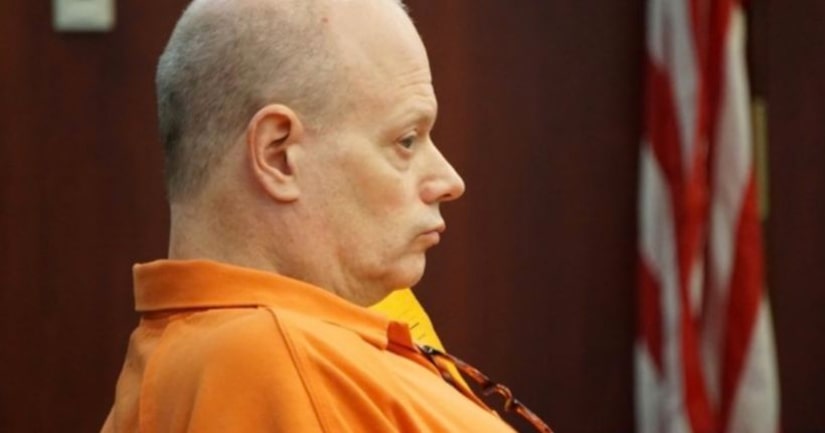 HILLSBORO, Ore. -- (KRON) -- A man who married an 18-year-old Oregon woman in Vermont after he spent years sexually grooming her as a minor and then sexually abused her for 2 years will spend the next 12 years in prison.

In March 2017, a Washington County grand jury handed down a 7-count indictment charging Hart with one count of luring a minor, four counts of using a child in a display of sexually explicit conduct and two counts of second-degree sexual abuse.

Hart took a plea deal on December 22, 2017 and pled guilty to one count each of luring a minor and second-degree sexual abuse. He also pled guilty to two counts of using a child in a display of sexually explicit conduct.

As part of his plea agreement with the Washington County District Attorney's Office, Hart will spend the next 12 years in prison and be ordered to register as a sex offender once he is released. The plea agreement also guarantees Hart that federal prosecutors in Oregon will not pursue a case against him, something that had been widely discussed.

The investigation started in March 2016 when the victim was interviewed by law enforcement in Vermont assigned to a multi-agency task force that investigates sexual assault, other serious sexual offenses and serious child abuse and neglect.

According to a federal search warrant prepared by Seth Fiore, a special agent with Homeland Security Investigations (HSI), the victim told investigators that she met Hart while playing an online video game.

Investigators learned that Hart and the girl communicated online. Eventually, that progressed and gave the girl a “secret phone,” according to Barton.

After the girl turned 16 years old, Hart flew from Vermont to Oregon every few months to see the girl, until she turned 18. She told investigators that she would skip school to see Hart and they would have sex on numerous occasions.

Hart recorded some of the sexual encounters on video without the girl's knowledge or consent.

Investigators learned that Hart returned to Oregon in March 2014 once the victim had turned 18. Together, they flew back to Vermont. On July 11, 2011, she and Hart got married at his home at 7 Wrisley St, Essex Junction in Vermont.

The victim eventually divorced Hart in 2015.

Investigators learned that Hart and the victim shared a computer. When she started to look for a job, she asked him for some materials off the computer. Hart gave her a thumb drive. When the victim looked at the content, she discovered that there were videos of her and Hart having sex in Oregon when she was a minor. The victim turned the thumb drive over to law enforcement in Vermont who launched a criminal investigation.

The video was reviewed by forensic investigators who determined some of the videos showed the victim performing sex acts when she was 16 years old. Law enforcement used Hart's Vermont DMV photo to confirm that it was him depicted in the sex videos.

In March 2016, investigators were listening into a phone call between Hart and the victim. During the conversation that last about 40 minutes, Hart made potentially incriminating statements.

The victim was a former Aloha High School student. According to court records, when Hart flew into Oregon, he would rent a car and pick the victim up from either the high school or a nearby bus stop. Sometimes, Hart would bring the teen a gift. He would then bring her to his hotel room where he had spread flower petals on the hotel bed or floor.

Hart reportedly called the victim his “kid wife” when she was a minor and before they were married. Hart also had the victim call him “daddy.” In Hart's journal, he wrote about taking the girl out from school and not having school staff call with concern about her absence.

The victim, speaking to the court by phone, told the court that “this whole experience has been earth shattering as a person and as a woman and now a mother.”

“I don't want anybody else to ever go through anything like this,” she said. “I'm trying to piece myself back together from all of this.”