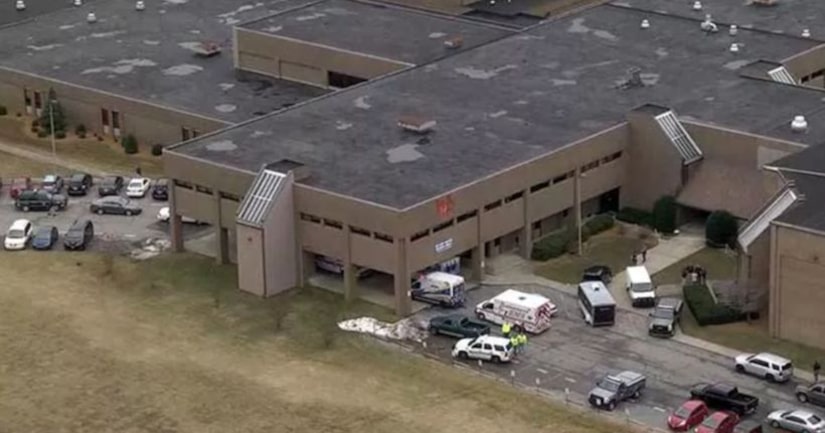 BENTON, K.Y. -- (WAVE) -- Two students have died and 17 others were wounded in a shooting Tuesday morning at Marshall County High School in Benton.

One of the students, a 15-year-old girl, died at the scene. The other student, a 15-year-old boy, was taken to a Vanderbilt Medical Center, in Nashville, Tenn., where he later died of a gunshot wound to the head. Four other males, ages 15-18 also were treated at Vanderbilt and are expected to survive.

Other than the two teens who were killed, a total of 12 others were shot, and five more students suffered injuries that were not gunshot wounds.

"This is the first time this institution has dealt with a mass-casualty event from a school shooting," Vanderbilt Medical Center Dr. Oscar Guillamondegui said. "I don't think it's something anyone can be prepared for."

Added Vanderbilt chief of trauma Dr. Richard Miller: "Our job is to save lives."

The shooting was reported around 8 a.m. Central time. Benton is approximately 210 miles southwest of Louisville.

Kentucky Gov. Matt Bevin said a Marshall County deputy took the shooter, a 15-year-old boy, into custody. Bevin also said that boy will be charged with murder and attempted murder. His name has not been released.

Police, fire and EMS personnel responded to the shooting call at the school. KSP Commissioner Rick Sanders said the shooting started at 7:57 a.m. when the suspect came into the school with a handgun and started firing.

The first 911 call came in at 7:59 a.m. and the first emergency personnel arrived at the school six minutes later. Sanders said there was a school resource officer on duty at the school.