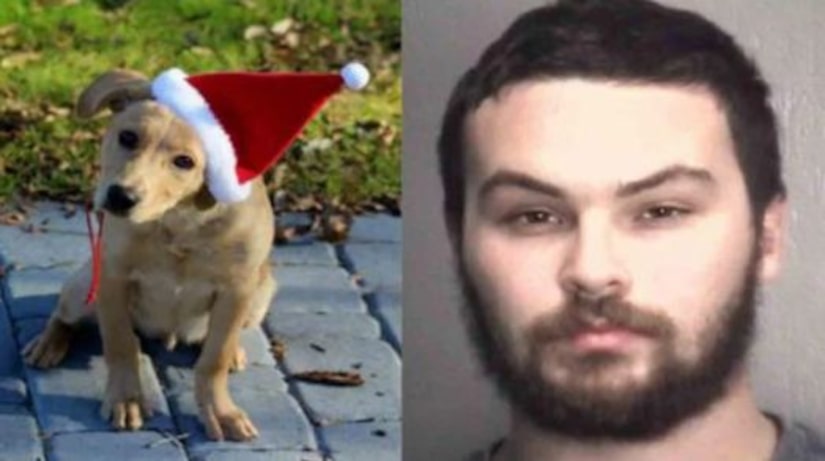 On Christmas, Simpson went over to the family's house to visit. While there, the family decided to go visit other family members for the holiday; however, Simpson did not want to go, and the family let him stay home and play video games.

While they were gone, Simpson called his girlfriend and told her that Axel peed on the floor. Simpson said he popped the dog on the butt and it bit him.

When the family returned, they couldn't find Axel. That's when they called their daughter and she told them Simpson didn't know his own strength and killed the dog when he punched it.

A local veterinarian performed a necropsy and said it was the worst case of animal cruelty he's ever seen. It was determined that Axel died of severe blunt force trauma and had bled out internally.