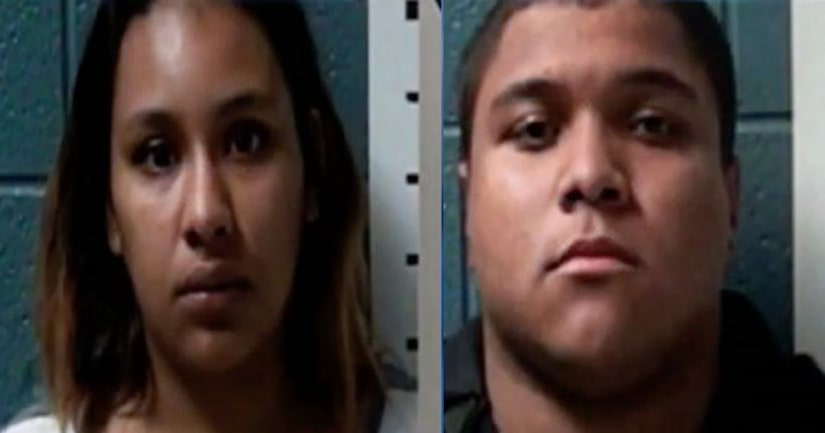 EL PASO, Texas -- (KVIA) -- Police arrested the mother of the baby in 'grave condition' after the baby was "shaken violently" last week.

Caricia Lorena Ceballos, 19, of the 1900 block of Calle de Sueños, is charged with a first-degree felony count of child abuse resulting in great bodily harm. Ceballos was arrested Saturday. Police had already charged the infant's father, 19-year-old Marcus Alton Minnick, with the same offense on January 17, 2018.

Investigators interviewed Ceballos Friday, January 19, 2018 and learned she violently shook her daughter on January 5, 2018 after the infant refused to feed, police officials said.

Shortly after her daughter fell asleep, Ceballos allegedly pinched and poked her several times to see if she was still alive. Investigators learned Ceballos did not seek medical attention for her daughter.

Court documents further state Ceballos and Minnick both told investigators Ceballos "had once disclosed to someone else that she wanted to smother Mattie (the infant)." The document does not reveal who Ceballos was speaking with when she allegedly made the comment.

On January 16, 2018, Ceballos went to the store at about 3:30 pm and left the infant in the care of Minnick, the child's biological father. Investigators learned that while in the care of her father, the young child began crying. Minnick removed her from a bassinet and shook her back and forth, police said.

Court documents state Minnick told police he realized what he was doing so he placed the baby back in the bassinet and walked to the kitchen to "cool off." Minnick allegedly told police he was having work-related problems and that his knee hurt.

At some point, Minnick returned to the child and found her unresponsive. Minnick allegedly told investigators he tried to rouse his daughter without success and discovered she was not breathing. He allegedly indicated he began performing CPR but did not call 911 because he "wanted to fix it." Sometime later, Ceballos returned home and called 911.