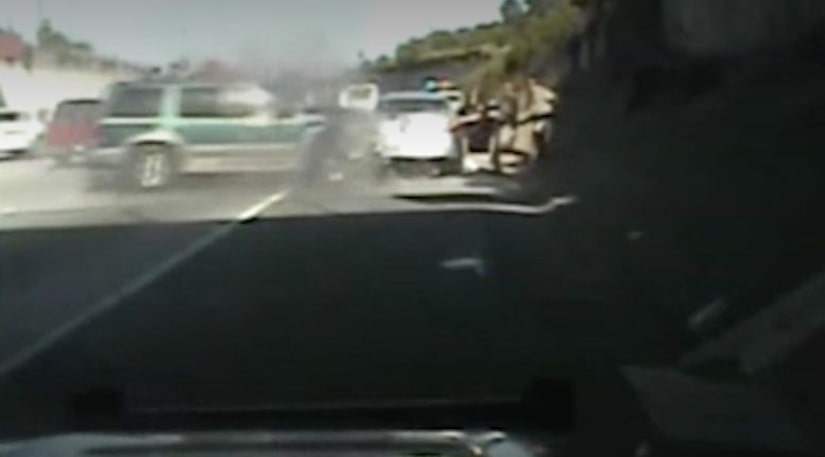 SAN JOSE -- (KRON) -- The California Highway Patrol is saying enough is enough after a series of incidents of drunk drivers hitting CHP cars.

The CHP posted a video on Facebook to show just how incredibly dangerous it is to drive while intoxicated. It's dangerous for everyone out there, but especially for CHP officers.

This happened back in 2016 on Highway 85 in San Jose. The CHP is releasing it now as a warning to other drivers.