Mourners lit candles and prayed for Isaiah and Iliyah Miller, as well as their mother, Christina Treadway, near their home on Sebastiani Drive.

Police said Treadway killed her two children before killing herself along Interstate 485 earlier this month.

In an exclusive interview, Channel 9 reporter Stephanie Tinoco spoke with Treadway's parents. During the emotional conversation, Al and Patricia Treadway were still in disbelief that their daughter is gone.

Christina Treadway, 34, killed her two children before jumping off a bridge on Interstate 485, police said.

“She was just a lovely person. She was loved by so many people,” Patricia Treadway said. “She's never had a mental problem. We never had a problem with Christina in any shape or form with mental or depression or anything to do with depression at all."

The Treadways told Eyewitness News that their daughter left the family a suicide note on Facebook with instructions to delete the note after reading what she had to say.

“She said she was sorry and to pretend to just forgive her and pretend she was 3,000 miles away happy," Al Treadway said. "Part of the message that she left for us said she couldn't leave her children without a mother and no one else would ever raise her kids. No one.”

Investigators are trying to figure out what led to the deaths of Treadway and her two children, 7-year-old Isaiah and 3-year-old Iliyah. 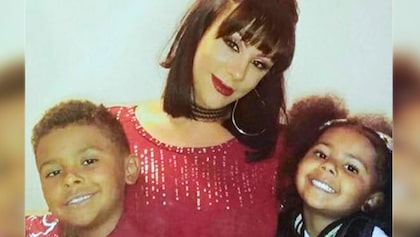 Mom of woman in double murder-suicide: 'Her children were her world'