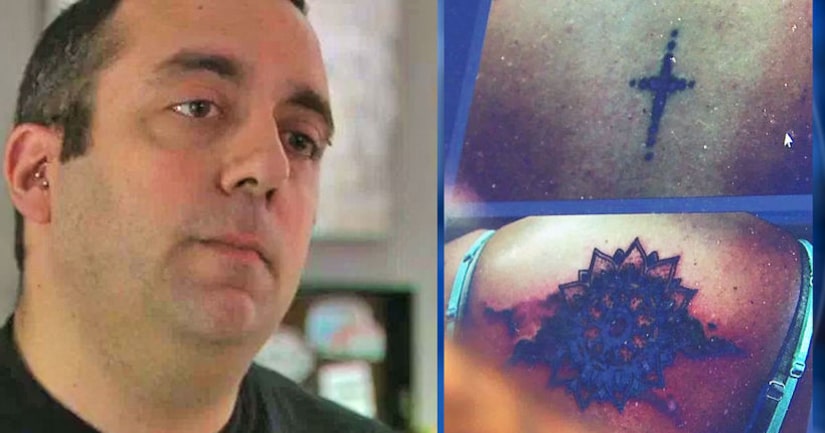 KENOSHA, Wisc. -- (WITI) -- Few things are more permanent than a tattoo -- but something special is happening inside Kenosha Tattoo Company. Tattoo artists are covering up painful symbols etched into the bodies of human trafficking victims, for free.

As empowering as a tattoo can be, there are some that can be a painful reminder of a life you never asked for.

"A lot of times they will brand the victims to show authority, to show ownership of them," John Principe, owner of Kenosha Tattoo Company said.

Principe said while most embrace their tattoos, victims of human trafficking are branded.

"Every single day it's staring them in the face, so if anything, this is something that, what it will do, it will give them a moment like, a step in their healing process," Principe said.

Artists like Tyler Brown have helped Kenosha Tattoo cover up a half-dozen unwanted markings since it opened seven months ago, and they're doing it free of charge. Customers remain anonymous.

"Oh, yes. Happiness. Tears. It's awesome. It's good to see people's reactions to it," Principe said.

"So that other traffickers know 'that person is mine. This person is working for me,'" Principe said.

Principe reached the rank of detective, earning accommodations from US Marshals, the FBI and his own department. When he retired from the force, he wanted to continue helping people, and he knew the cover-ups would be part of a new chapter.

"You're watching somebody's rebirth happen right in front of you," he said.