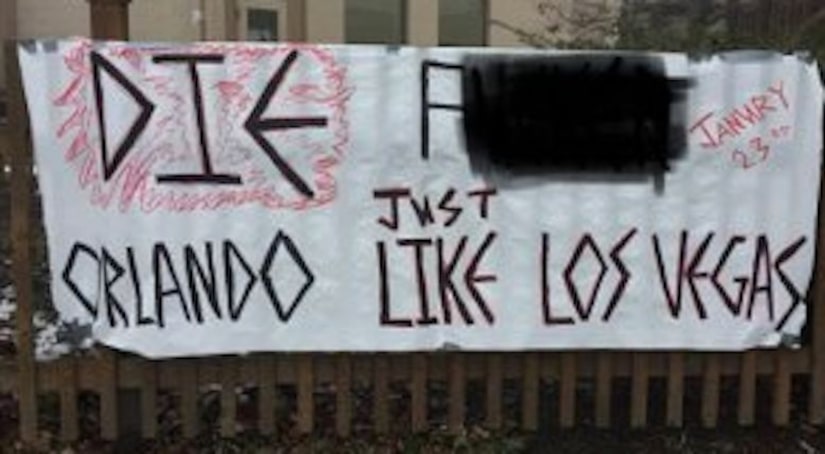 Police said they were called on Sunday morning to the Unitarian Universalist Church, located in the 300 block of Meridian St. in West Lafayette, on the report of two banners containing racial slurs.

Authorities said the banners referenced singer Jackson Browne, contained words like “die,” and made a veiled threat with the date of Jan. 23.

Investigators determined Jackson Browne is scheduled to have a concert in Orlando on Jan. 23. The department has made Orlando police aware of the threat and will continue to work with them during this investigation.

On Saturday, the Unitarian Universalist Church, known for its progressive stands on racial and social justice issues, hosted the Resistance Fair.