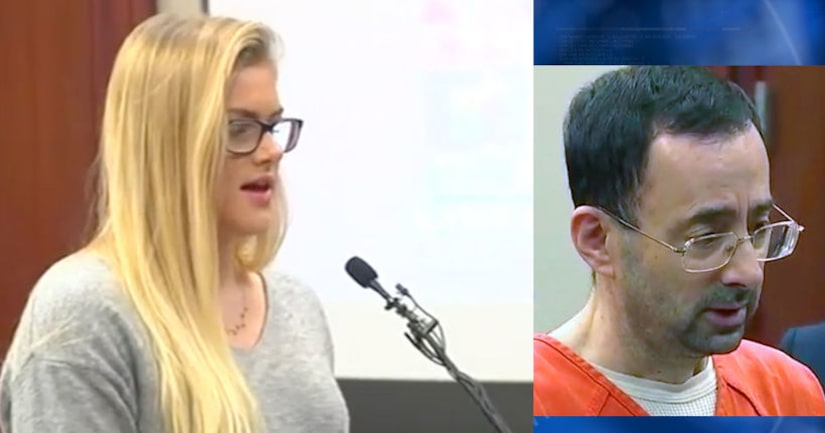 LANSING, Mich. -- (WXYZ) -- A former gymnast who read an impact statement in court today at the Larry Nassar sentencing says her brother was also a victim of the doctor.

Kamerin Moore first addressed how Nassar befriended her and then abused that trust.

"You molested a little girl who had just lost her father," Moore said in court. "You knew my personal life all too well."

Moore also went on to say that her brother -- who is now a gymnast at the University of Michigan -- also suffered under his care.

"...after he had surgery on his shoulders, you treated him in your basement, you pulled his pants slightly down to expose him in front of one of your other female victims -- actually-- who was in that basement as well and you put acupuncture needles right next to his genitals.”