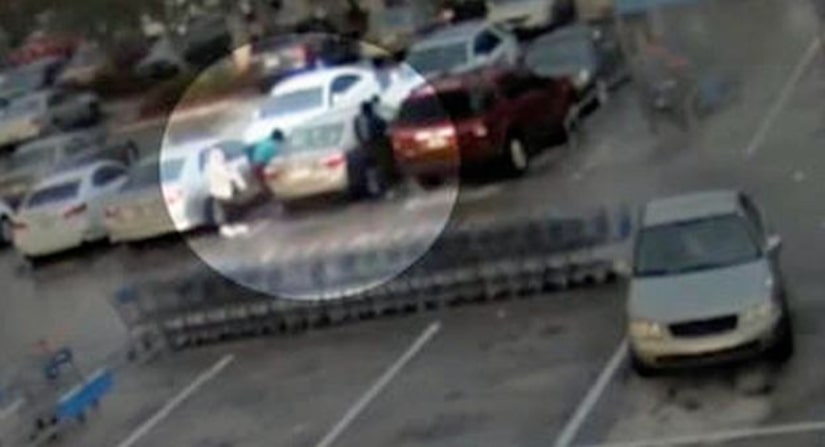 LAUDERDALE LAKES, Fla. -- (WPTV) -- A 12-year-old boy who carjacked an elderly woman at gunpoint outside a Walmart in Lauderdale Lakes has been arrested, while authorities are still searching for two other young suspects.

The theft happened the afternoon of Jan. 15 in the parking lot of the Walmart at 3001 N. State Road 7, Broward Sheriff's Office officials said.

Surveillance video shows the three suspects following the victim into the store and back out to the parking lot after she finished shopping.

As she approached her car, the three robbers attacked. One of them pointed a gun at her and demanded her keys, and all three took off in her brown 2015 Toyota Corolla, nearly hitting her in the process.

Anyone with information is asked to call Broward Crime Stoppers at 954-493-TIPS.