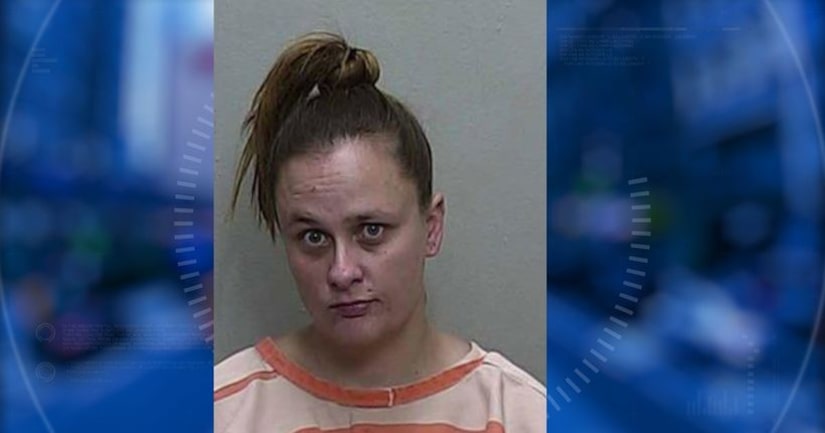 MARION COUNTY, Fla. -- (WKMG) -- Deputies say they arrested a Marion County woman Tuesday during a traffic stop after learning she asked a child to hold her locked box filled with drugs and needles.

Mersades McFaulds, 29, of Summerfield, was pulled over while driving a Dodge Journey on Southeast 41st Terrace with her husband and three children also in the vehicle. Deputies say they knew McFaulds' license was suspended and learned her husband does not have a valid driver's license, according to the arrest report.

McFaulds was placed under arrest and as her husband and the children started walking home deputies said they noticed one of the kids was carrying a wooden box with a padlock on it.

One of the deputies asked the child, "What's in the box?" The child replied, "notes" and said McFaulds told her to take the box from the car, according to the report.

Deputies found the padlock key in one of the car door pockets and opened the box to discover a credit card with McFaulds name on it, a bag of pills, two bags of heroin, marijuana, needles, a spoon, a scale, and plastic bags, the report shows.