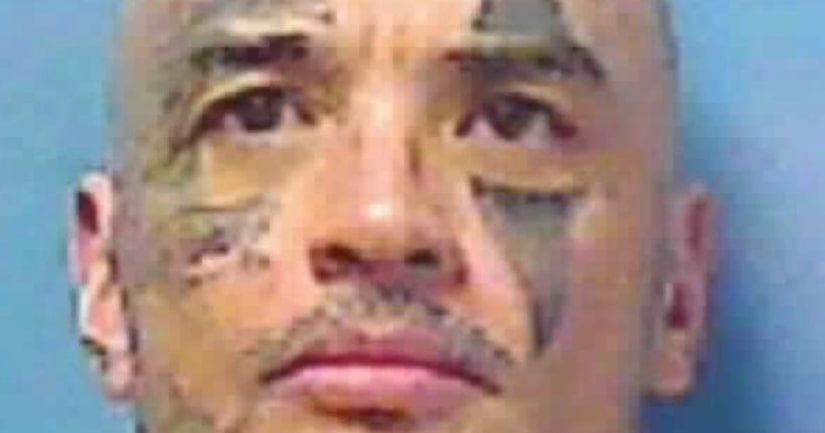 LAS VEGAS -- (KSNV) -- Nevada corrections officials are seeking the public's help in finding an inmate who walked away from a camp north of Las Vegas on Saturday.

The Nevada Department of Corrections said that about 6 p.m., a minimum-security male inmate was reported missing from Three Lakes Valley Conservation Camp located about 30 miles north of Las Vegas.

It is believed he walked away from the camp and was picked up by a driver in a vehicle nearby.

Jeffrey Pimental, a 46-year-old Hispanic man, arrived at NDOC from Clark County on April. He was was serving 29 to 60 months for battery with a deadly weapon was last seen wearing prison blue denim pants with a blue shirt and white tennis shoes.

Pimental is 5-feet-9 inches tall, 180 pounds with brown eyes, dark brown hair and is heavily tattooed over his body including his face.