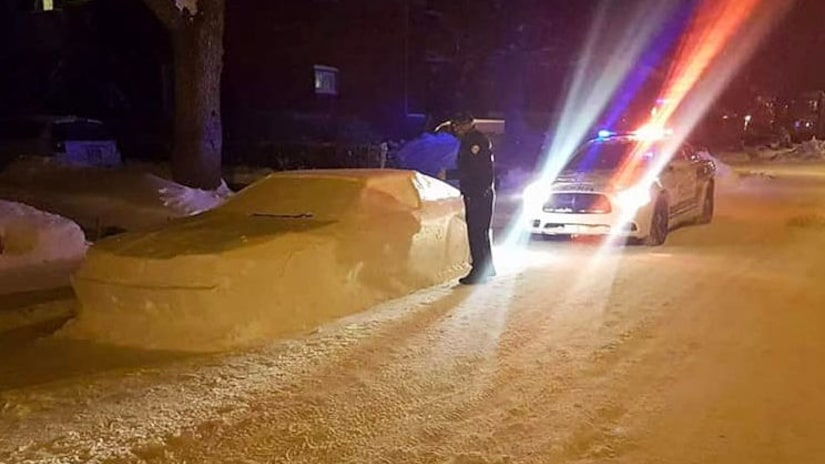 The 33-year old machinist and artist was hoping to pull a prank on snow removal crews in his neighborhood, KMSP-TV reports.

Police discovered the "Back to the Future" car in the middle of the street. A hilarious photo posted to Facebook shows the police officer staring the car in a snow removal zone. The sculpture must have looked believable. Officers ended up writing him a ticket that read, "You made our night hahahahaha :)"

"I did the car to have fun expressing my creativity on that beautiful day," he said. It's illegal to park on the road during snow removal, and that's what probably attracted the police."

Snow plows removed the snow car the next day.

FULL STORY: 'You made our night' – Officers write ticket for car made of snow - WGN/KMSP