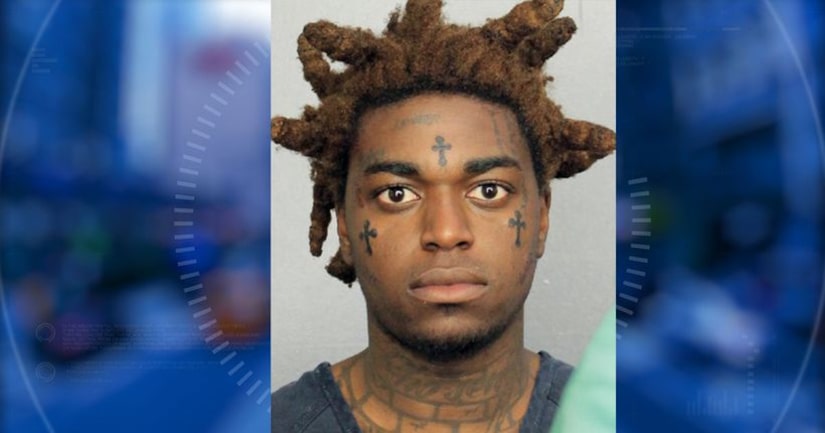 Octave, who has 5 million followers on Instagram and regularly shares videos and pictures of his son, was being held at the main Broward County jail in Fort Lauderdale.

A live video was published on his Instagram account with audio of an argument about whether or not he needed to turn in his cellphone to authorities.

"Your phone's part of the search warrant. You're not going to get your phone back," a man could be heard saying in the story video, which was going viral and quickly getting duplicated on social media.

His last post to his 1.7 million followers on Twitter was Wednesday. He asked his fans to write to Willie Ryan at the Broward County jail in Pompano Beach, where the U.S. marshals had a hold on him for being a felon allegedly in possession of ammunition.

Octave, who is of Haitian descent and grew up in the Golden Acres public housing project, has a criminal history that includes a dangerous combination of anger, lust, marijuana and guns.

Octave was sentenced to house arrest, anger management classes, community service and five years of probation. While in custody, authorities learned he had a pending warrant in Florence, South Carolina, for criminal sexual conduct and in St. Lucie County for marijuana possession.

He was arrested in February on a probation violation charge after he was accused of leaving his house to go to a strip club. He was sentenced to 364 days in jail, but after participating in an early-release program, he walked out of jail June 5 on house arrest.