The security guard was sitting outside a convenience store in the 15200 block of South Avalon Boulevard on the night of Dec. 30, 2017, when two teenagers entered the business, according to a sheriff's news release.

One of the male would-be robbers jumped over the counter and began rummaging through a store employee's pockets, according to the release.

The security guard then entered the store and saw one of the teens pointing what appeared to be a firearm at the cashier, which prompted the guard to take out his weapon and shoot both teens, authorities said. He detained them until deputies responded. 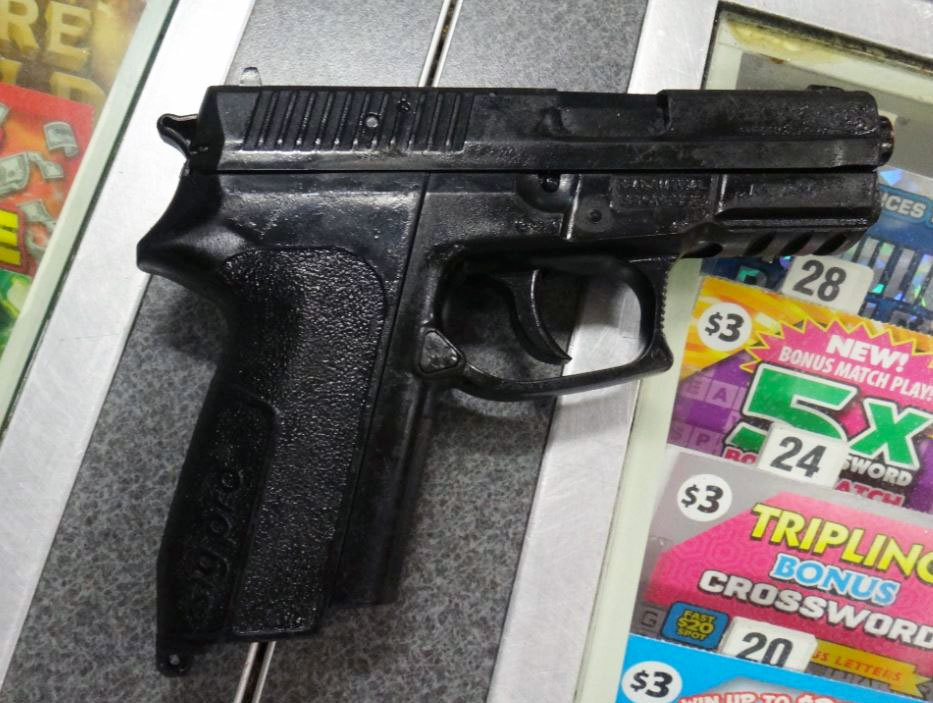 Investigators confirmed they recovered a replica semi-automatic handgun at the scene.

The teens, both about 16 years old, were treated for non-life-threatening injuries at a local hospital before being booked and charged with robbery, the release stated.

Nearly two weeks after the shooting, according to the L.A. Times, dramatic surveillance video of the incident was posted on YouTube and went viral, garnering more than 1.5 million views in the span of a week.

In the footage, two males can be seen entering the convenience store, and one of them goes to the front counter with both hands in the pockets of his bright blue hooded sweatshirt. He is soon joined by a second male, who is dressed all in black and also has his hands in his sweatshirt pockets.

Seconds later, the teen in blue attempts to jump over the counter, tripping and falling in the process, before landing on the other side near the cash register, the video showed. He is holding an apparent gun and is pointing it at the employee.

The other male jumps over the counter with a backpack and begins taking money from the register.

At that point, the security guard walks into the 7-Eleven and opens fire, hitting both teens, the footage shows.

“It's fake,” one of the suspects yells, apparently talking about the weapon.

Still holding his gun, the security guard instructs the pair to put their hands behind their backs and tells the employee to call 911. He proceeds to hold the suspects behind the counter until authorities arrive.

The two teens are being held without bail, and an investigation into the incident is ongoing.