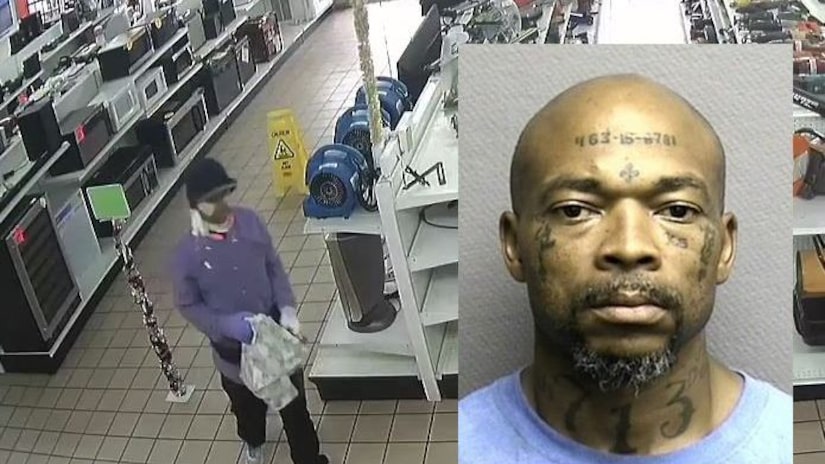 HOUSTON -- (KIAH) -- A career criminal with a very noticeable face — credited to his own doing — tried to cover up his identity during a pawn shop robbery, but it may not have worked so well, according to Houston police.

A clerk believed she knew exactly who he was, and Robert Charles Wooten, 40, now has another charge on his file.

Wooten recently made headlines after police released his mugshot showing what appears to be a Social Security number tattooed across his forehead, in addition to lots of other unique facial artwork. Wooten also has the Houston area code “713” tattooed across the entire front of his neck.

On Thursday, the Houston Police Department released surveillance video of a man — they say is Wooten — wanted for robbing Bayou Pawn in the 5900 block of North Shepherd on Dec. 29.

An employee said she was helping a customer on the sales floor when Wooten entered the store. The employee said although Wooten's face was covered in bandages, she still recognized him because he was a regular at the location.

She said she believed, at first, he may have had the bandages on his face because he was getting his tattoos removed, but to her surprise, Wooten allegedly grabbed her from behind and shoved a gun at her side.

The employee said Wooten had a pillow on his left hand and said, “give me all the [expletive] money.”

Afterward, he fled the store.

For that offense, the Harris County District Attorney's Office filed charges of aggravated robbery with a deadly weapon against Wooten — just another one added to his laundry list of offenses.

Wooten is no stranger to law enforcement as proven by numerous court documents. His criminal resume is colored with indecent exposure, aggravated robbery, violation of a protective order due to violence, burglary and numerous drug-related charges. He has been arrested multiple times, including a conviction for drug possession that dates back to 2007.

Investigators have connected the career criminal to at least six armed robberies in the Harris County area.

On Oct. 15, an employee was forced to close the convenience store after the register went down. Officers said several customers, including Wooten, were waiting outside when the store later re-opened. As the group walked in, the suspect allegedly followed the employee and asked him a series of strange questions.

Court documents quote the suspect asking, “You care about your life?”

That's when deputies said Wooten lifted his shirt, revealing a firearm tucked into his waistband on the right side. He demanded the employee give him various brands of cigarettes and the victim complied, investigators said.

The suspect returned to the same store on Nov. 4 to rob it for more cigarettes, according to police reports.

Investigators were able to identify Wooten because of his unique tattoos and the Houston criminal database.

Anyone with information regarding the suspect's whereabouts should call Crime Stoppers of Houston at 713-222-8477 or submit tips online at www.crime-stoppers.org. All tipsters will remain anonymous. 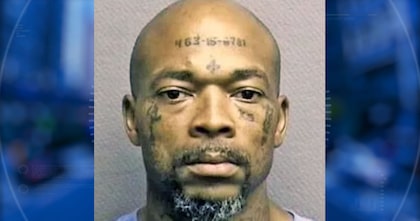