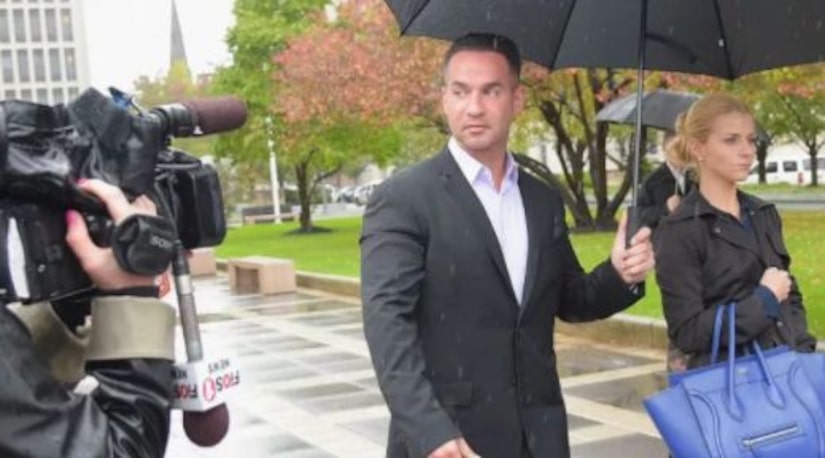 In the letter filed to the court on Wednesday, Sorrentino's attorneys said he and his brother, Marc, plan to plead guilty on Friday in Newark.

Michael Sorrentino's lawyer didn't comment Wednesday on what charges to which his client would plead guilty.

The brothers were charged in September 2014 with filing bogus tax returns on nearly $9 million in income. The seven-count indictment alleged the Sorrentinos earned that amount between 2010 and 2012, mostly through two companies they controlled, MPS Entertainment and Situation Nation.

They allegedly filed false documents that understated the income from the businesses as well as their personal income. Michael Sorrentino also was charged with failing to file taxes for 2011, a year in which he earned nearly $2 million.

The brothers also spent millions of dollars on personal expenses they claimed were for business in 2012, according to the indictment.

Both brothers were charged with one count of conspiracy to defraud the United States, which is punishable by a maximum potential prison sentence of five years upon conviction. Both also faced counts of filing false returns, each of which carries a maximum three-year sentence.

The Sorrentinos have been free on bail since they were charged.

“The Situation” appeared on all six seasons of the MTV reality show, which followed the lives of rowdy housemates in a New Jersey beach town. It ran from 2009 to 2012.

He isn't the only New Jersey reality TV star to run afoul of financial laws in recent years.