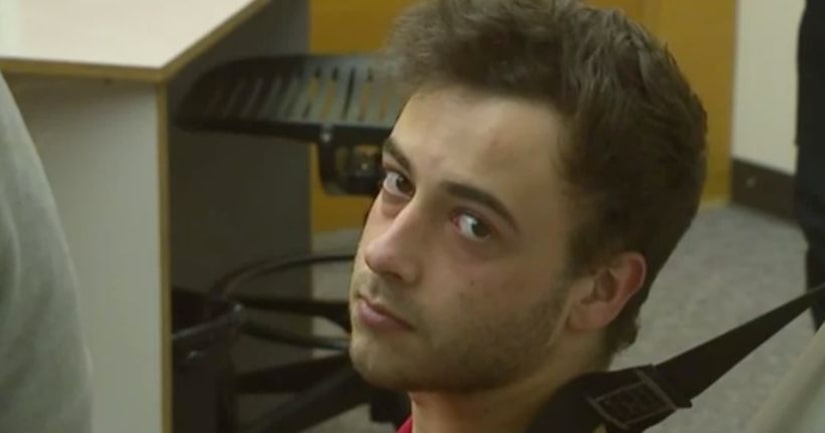 WARNING: This story is graphic and disturbing.

SEATTLE -- (KCPQ) -- Prosecutors say the man who killed 63-year-old Jennifer Ayers in her Lake City house last week bound, tortured and raped her before setting her on fire in an attempt to hide evidence of the rape.

Michael A. Giordano, 23, was charged with aggravated first-degree murder Wednesday, and bail was set at $10 million.

According to court documents obtained by Q13 News:

Giordano confessed to the killing to police, saying he picked Ayers at random based mostly on the cars parked outside her house.

He said he sneaked through an unlocked door, tied Ayers up with cords from an Xbox controller, then stabbed her multiple times to get her to tell him where her valuables were.

Giordano said he then raped and killed her, and that he set her on fire in an attempt to hide evidence of the rape.

He also said he wrote messages on the wall in Ayers' blood in an attempt to mislead police into thinking the killer had satanic beliefs, according to court documents obtained by KCPQ-TV.

Police found Giordano later that morning. Medics had already made contact with him once, when he told a family in Lake City - who were concerned because he was disheveled and bloody - that he'd been mugged and they came to check on him. Soon after, somebody called police and said they'd seen him throw several items into the street and bushes – items that turned out to belong to Ayers, including her Visa and QFC card.

Police then went to Ayers's house to investigate what they thought might be a property crime. When they got there, they heard the smoke alarm and went in an unlocked door to check to see if anybody was hurt.

That's when they found her body, still bound and burning, as well as blood and a can of gas.

The details so disturbing, many of her neighbors didn't even want to go on camera.

"I've never heard of anything, actually in my life, as terrible and disgusting as that ever," said Erika Olsen, who lives down the street. "I can't even imagine the torture. I can't even imagine. Just thinking about it kind of makes me want to throw up."

Olsen, and many other neighbors, nearly beside themselves because police believe the attack was random.

"It could've just been anybody. Any house he could've picked," said Olson. "It could've been ours, and I was home that day and I had left my door unlocked earlier that day so I just--it's so hard to even find the words to even say."