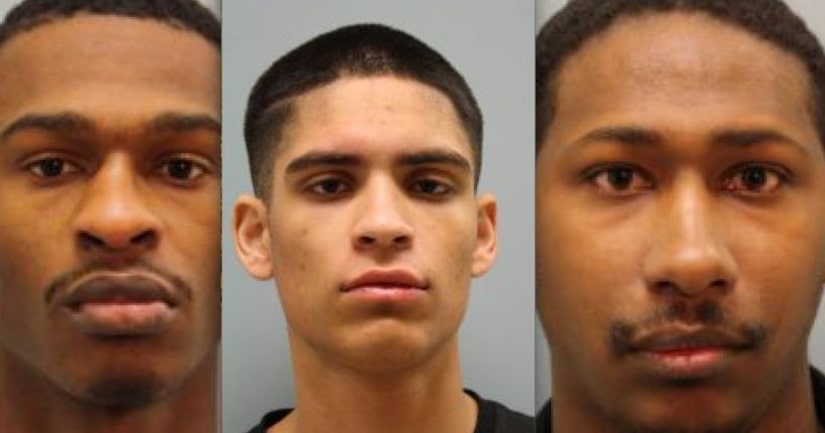 SPRING, Tex. -- (KIAH) -- The Harris County Sheriff's Office has arrested three suspects in the brutal murder and robbery of a Spring couple over the weekend, Sheriff Ed Gonzalez announced Wednesday during a press conference.

The suspects have been identified as Khari Ty Kendrick, 23; Aakiel Ricardo Kendrick, 21; and Erick Alfredo Peralta, 20.

All three men are charged with capital murder in the deaths of Boa and Jenny Lam, both 61. Gonzalez said one of the men admitted to the crimes while being interviewed.

HCSO detectives released surveillance footage from the Village of Northgate Forest subdivision Tuesday, which resulted in numerous tip submissions to the sheriff's office.

In the video, a black 2007 to 2014 Lincoln Navigator approaches the subdivision entrance around 8:20 p.m. Thursday and parks inside the turn around drive-way in front of the main gate. Two men exit the vehicle and then crawl under the gate, entering the subdivision.

Investigators said it's likely the victims pulled into their garage about 20 minutes later.