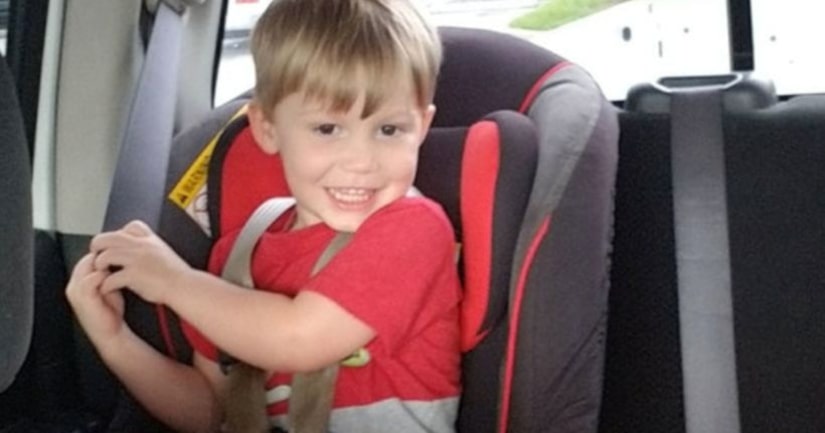 FORT PIERCE, Fla. -- (WPTV) -- In this story, there are no winners and losers. There is just loss and pain. Two toddler boys are dead.

Douglas Staniewicz and his attorney say this is a case about getting answers and finding closure, and for himself, he said it is also about awareness. You can't take your eyes off a child for one minute.

Staniewicz stood in a tear soaked shirt, in near silence for nearly eight minutes before finding the words he wanted to say.

Staniewicz's son drowned in a backyard swimming pool in Fort Pierce. Now he's suing his son's stepfather and his ex-wife.

"I'm filing this lawsuit, so that every parent knows a child required 24/7 supervision around a clock," he said.

Investigators said the boy's stepfather, Alex Geving, was caring for Staniewicz's son and his own three year old. Geving told investigations he gave both boys a bath, sat them down in front of the television, and they fell asleep. That's when Geving said he went to take a nap in his bedroom, and when he woke up, he saw the boys were no longer sleeping. They were at the bottom of the pool. His wife, Megan Geving, mother of one of the boys, was not home at the time, according to the police report.

When St. Lucie County Sheriff's deputies arrived, the rear French door, leading from the front of the house to the pool area was unlocked, as was the child barrier gate to the pool.

The same report said the autopsy ruled the cause of both deaths as drownings and that they were accidental. It went on to say "the actions of falling asleep" did not rise to the level of criminal child neglect.

Douglas Staniewicz does not agree, pointing to the unlocked door and gate to the pool.

"I want to make sure that no one else has to lose their child through unnecessary drowning like I did mine," he said.