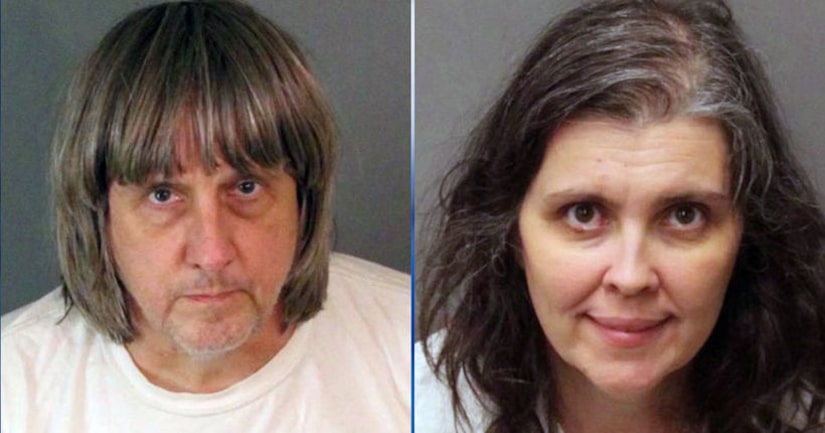 David and Louise Turpin entered not-guilty pleas on all counts at their arraignment Thursday afternoon, the Riverside County District Attorney's Office announced. Their next court date is scheduled for Feb. 23, 2018.

Riverside County District Attorney Michael Hestrin described some of the conditions of the children and their alleged captivity.

Some of the children had psychological and nerve damage from being bound. Frequent beatings and occasional strangulation are alleged.

The children have never seen a dentist, the D.A. said, and despite being home-schooled, they lacked basic knowledge of life. Some of the kids didn't know what a police officer or know what medication is.

The D.A. said the kids were allowed to keep journals, hundreds of which were recovered and being reviewed.

"This is depraved conduct," Hestrin said.

The D.A.'s Office planned to ask for bail to be set at $13 million for each defendant.

The couple was scheduled to be arraigned at 1:30 p.m. Pacific Time.

If convicted of all charges as currently filed, the D.A. said, David and Louise Turpin face up to 94 years to life in prison.

The D.A. appealed for the public's help in California and in Texas with further information about the case. Anyone with information is asked to call (951) 955-5400.

This story is developing and will continue to be updated.

RIVERSIDE COUNTY, Calif. -- (KTLA) -- David and Louise Turpin, accused of keeping their 13 children captive and shackling some of them inside a squalid Southern California home, have their first court hearing Thursday.

The husband, 57, and wife, 49, are charged with torture and child endangerment after police found their children appearing "malnourished and very dirty" and three of them chained to furniture at their home in Perris. The couple's bail was set at $9 million each.

Conditions inside their house were filthy, as were the siblings, who ranged in age from 2 to 29. Some of them were shackled to their beds with chains and padlocks "in dark and foul-smelling surroundings," authorities said. Although seven of the Turpin children are adults, they were so emaciated they looked like children, police said.

Authorities came to the home after a daring escape by a 17-year-old girl who crawled out of a window and called 911 using a deactivated cell phone she had grabbed from the house. She told officers that her parents were holding her 12 siblings captive and showed them photos, the Riverside County Sheriff's Department said.

When authorities arrived, their mother was "perplexed as to why" they came to her home, said Riverside County Sheriff's Capt. Greg Fellows.

The investigation is ongoing, but the conditions of the Turpin children suggest they've been held captive for a "prolonged period of time," Susan von Zabern, director of the Riverside County Department of Public Social Services, told reporters Tuesday.

Riverside County District Attorney Mike Hestrin is scheduled to hold a news conference Thursday regarding the case. It was not immediately clear if the suspects had attorneys or whether they had entered a plea.