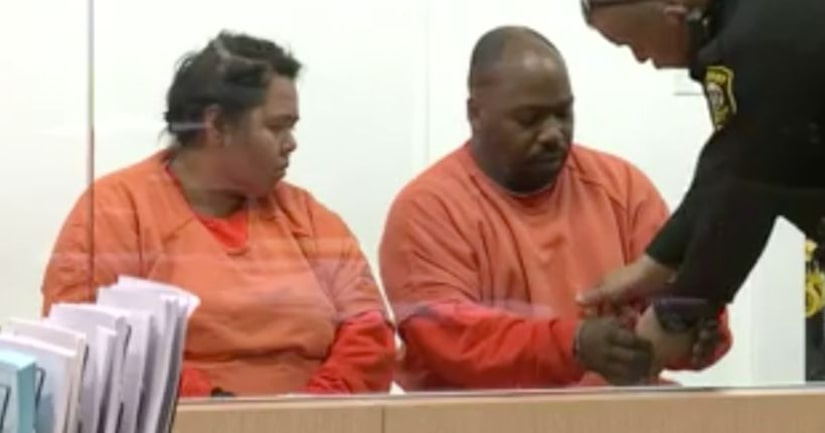 STOCKTON, Calif. -- (KTXL) -- It has been a week since Princess Canez-Walker and Aaron Weddles were arrested -- seven days of them remaining tight-lipped, not telling investigators where their 20-month-old twins Setina and Ren are.

As the two were placed next to each other during their court hearing on Tuesday, they shared a smile.

"To me, that was disgusting, you know, due to the situation,” said Richard Walker, Princess' ex-husband.

Canez-Walker's ex-husband and former stepdaughter were also in court. She appeared to glare in their direction.

"Looked like she was kinda mad and shocked at the same time,” Patreona Walker said.

The father and daughter say they came to Tuesday's hearing because they too are concerned for the missing twins.

“She's not saying anything, you know ... it's just weird to me,” Richard Walker said.

According to the Stockton Police Department, the couple and their five children were reported missing on Jan. 4. The pair, along with three kids, were found living in squalor in a white SUV in Pixley Slough in Stockton last Tuesday. But there was no trace of the 20-month-old twins.

“I really think that there's been some foul play,” Richard Walker said.

Richard Walker says his ex-wife stopped contact with him five years ago. At one point he had no idea where his own children were.

“Miserable for me and stressful,” he said.

Those kids are now in CPS custody.

As the court proceedings for his ex-wife continue, he and his daughter both wish that Canez-Walker and Weddles will speak up.

“Please just tell them where they are, that's all we here for,” Patreona Walker said.

FULL STORY: No sign of missing twins one week after parents arrested - KTXL