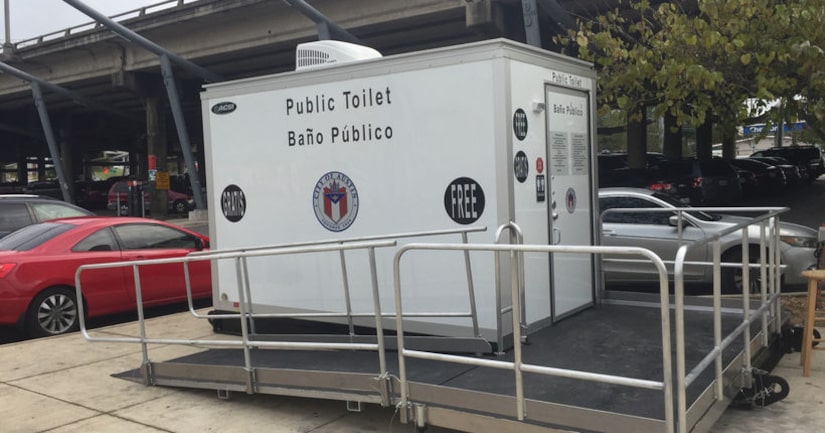 AUSTIN, Texas -- (KXAN) -- The public restroom recently installed by the city of Austin at the corner of East Sixth Street and Red River Street was set on fire Tuesday morning.

The suspect, identified as Dewight Eric Crayton Jr., 32, returned a couple of hours later and started another fire, according to the witness.

On Tuesday, the same employee came to work and discovered Crayton in the restroom as a city employee was waiting to use the restroom. When Crayton came out, the employee noticed another fire on the floor of the restroom, causing further damage, according to the affidavit. Crayton ran away from the scene but returned two hours later where the employee said he started the fourth fire.

Crayton was arrested a few blocks over and charged with arson.

The city installed the free, public restroom in September. The restroom is open 24 hours a day and is funded by the transportation fund and the hotel occupancy tax.