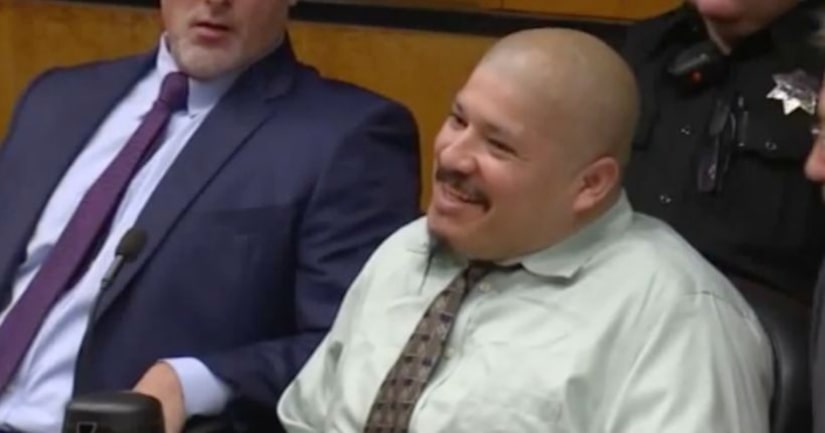 SACRAMENTO -- (KTLA) -- The first day of the trial for a man accused of killing two California deputies was riddled with admissions of guilt and profane outbursts, according to KTLA sister station KTXL in Sacramento.

Bracamontes appeared to show no remorse on Wednesday, giggling during opening statements, according to KTXL. At one point, he called one of the deputies a coward and said he wanted to kill more.

Judge Steve White eventually had to dismiss the jury during one of Bracamontes' outbursts.

During opening statements, Bracamontes' attorney said the defense is not trying to prove his innocence.

"We are not contesting many of these charges," defense attorney Jeffrey Barbour said.

Instead, the defense argues that Bracamontes has mental health issues and deserves life in prison and not the death penalty.

"Mr. Bracamontes is responsible for the deaths of Deputy Danny Oliver and the death of Detective Michael Davis," Barbour said. "He shot them both."