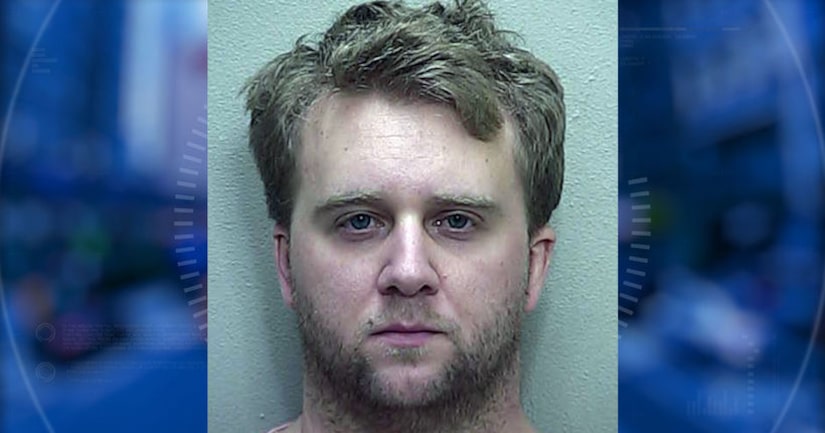 OCALA, Fla. -- (WKMG) -- A Lake Weir high school teacher accused of having a sexual relationship with a teenage girl said it would be "worth it" if he were caught, according to the Marion County Sheriff's Office.

Deputies said the investigation into Lake Weir High School teacher Jason Michael Tarlton began after a school resource officer became aware of several inappropriate images of Tarlton and the victim that had been uploaded to a social media app called After School.

The girl told deputies that she was no longer a Lake Weir High School student, but Tarlton was her teacher last year and the two became involved sexually, officials said.

"She said that Tarlton told her that he loved her and if he ever got caught, he said she was 'worth it,'" a news release said.

The girl added that she uploaded the pictures to the app by accident.

When deputies went to Tarlton's home on Tuesday, they found that he had printed out a copy of the Florida statute regarding probation and community control for sex offenses hours before his arrest, according to authorities.

He was arrested on a charge of sexual assault by a custodian with a victim between 12 and 18 years old. He has since posted his $10,000 bond and has been released from the Marion County Jail.

News 6 spoke with Kevin Christian from Marion County Schools, who said that Tarlton has been working at Lake Weir High School for two years.

"He had great references. He has a great record since then so really all indication was that he was going to be a great teacher. And perhaps that's the case. Maybe he was a great teacher but when you make these kinds of choices that's a quick way to end your career," Christian said.

FULL STORY: Lake Weir teacher accused of having sex with student says it was 'worth it' - WKMG