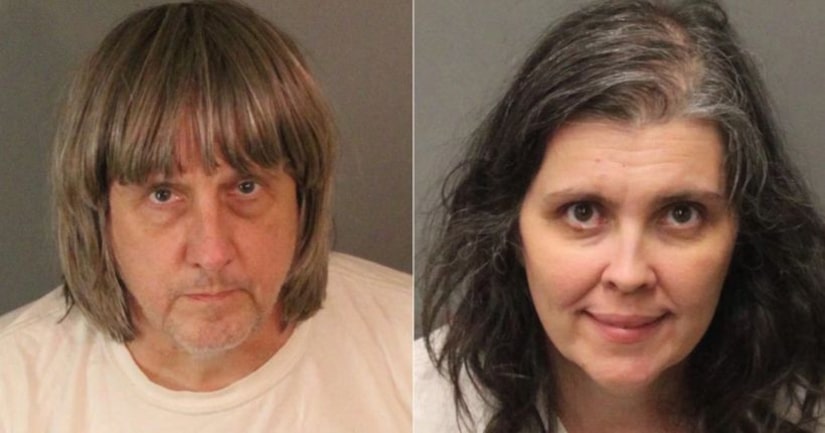 RIVERSIDE COUNTY, Calif. -- (KTLA/LA Times) -- Days after law enforcement authorities found a dozen siblings locked up in a foul-smelling, dark home in Riverside County, the discovery is focusing new scrutiny on California's loose home-schooling regulations and raising questions about whether they contributed to the children's prolonged neglect.

Arrested on nine counts of torture and child endangerment, David Allen Turpin, 57, and Louise Anna Turpin, 49, have so far offered no public insight into why they shut their 13 children inside their home in Perris.

The Riverside County Sheriff's Department said it had never been called to the home while the family lived here, nor had the Riverside County Department of Public Social Services. Had the children attended a public school, they would have interacted daily with teachers who might have noticed their emaciated bodies and contacted law enforcement, authorities say.

Ultimately, home-schooling proved to be another way to shield their children from anyone's oversight.