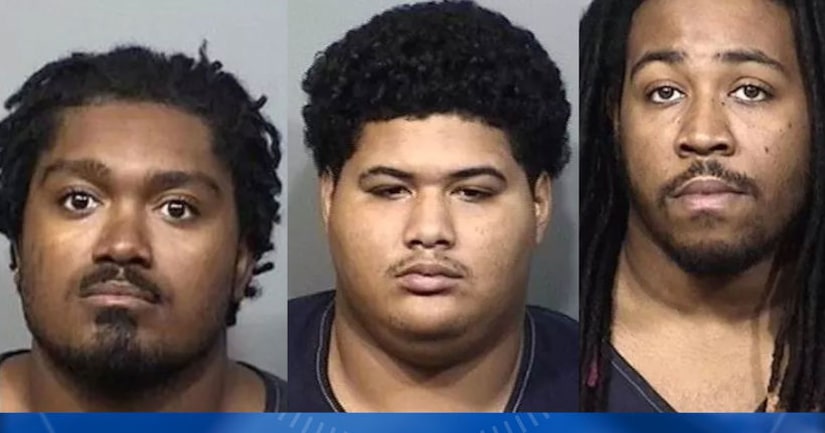 BREVARD COUNTY, Fla. -- (WPTV) -- Derek Munnings is named by detectives as the leader in an alleged torture session that left the victim helpless, bruised and bleeding.

Tivy Colderwood faces similar charges, but his attorney Brynn Brito says it didn't even happen. "What I can say is my client is shocked by the allegations. He denies any and all of them."

At the Palm Bay home they share, an arrest warrant affidavit says Munnings began by calling the victim "a snitch."

It says over the next several hours, the victim was tortured by Munnings with the assistance of Colderwood.

He felt himself lose and gain consciousness throughout the evening.

The affidavit says for 10 hours, the suspects stomped on the victim's face, raped him, and poured bleach onto the open wounds on his face.

In David Grey-Martin's car, the affidavit says the suspects drove him to a remote spot. The victim had struggled to cut his bonds while in the trunk, bloodying his own hands with aluminum cans. When they reached Vero Beach, the affidavit says it was the intention of Colderwood to assist Munnings in the murder of the victim.

A passing car spooked the suspects, and they fled, leaving the victim to be discovered in a ditch by a truck driver, helpless and with most of his clothing missing.

From his hospital bed, he identified his alleged attackers.

The suspects face a variety of charges.