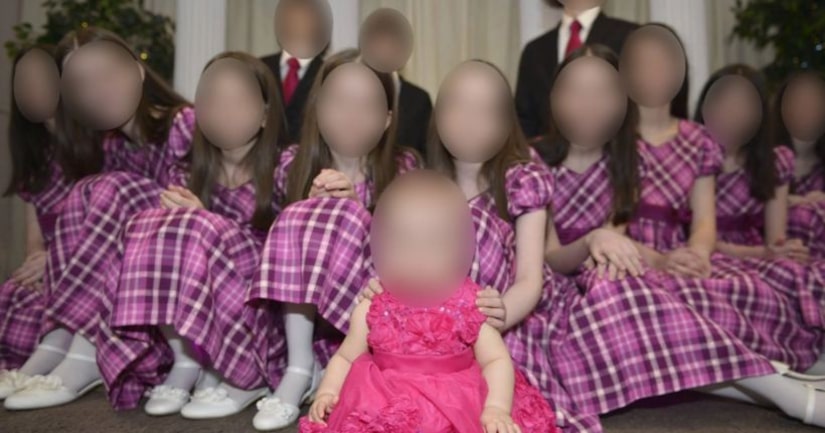 RIVERSIDE COUNTY, Calif. -- (KTLA) -- Two aunts of the 13 siblings held captive by their parents in Perris spoke out about years of concern for the family on Wednesday.

Elizabeth Flores said she begged to see her nieces and nephews for decades. But her sister and brother-in-law, Louise and David Turpin, kept such a secret life that they wouldn't let her in.

“When that happens for 20 years, and it was before the kids even were there, you don't think it's abnormal,” Flores told ABC's “Good Morning America” on Wednesday.

“If it had been like two years ago that she cut us off, then we might think, wow, something's not right. But this has been going on before they even had children … they were real private, and they didn't come around much.”

The world now knows some of what may have been happening inside the Turpins' four-bedroom house. Their 13 children were held captive — with some shackled and chained with padlocks.

Now the children are free, and the parents are in custody. The Turpins face charges of torture and child endangerment; bail was set at $9 million. It was not immediately clear whether they have hired an attorney.

Sister-in-law: He watched me when I showered

Flores said she was never really comfortable with her brother-in-law.

Back when she was in college, Flores lived with the Turpins for a few months. At that time, the couple had a few children.

“I thought they were really strict, but I didn't see any abuse,” Flores told GMA.

But something very disturbing did happen: Turpin used to watch Flores shower, she said.

“If I went to get in the shower, he would come in while I was in there and watch me. It was like a joke,” Flores said. “He never touched me or anything.”

But she said she never told anyone about the shower stalking.

“I was young. I was scared. I was in Texas, where I knew nobody,” Flores said. “I was treated like one of the kids, kind of, so I had rules. Well now that I'm an adult, and I look back, I see things that I didn't see then.”