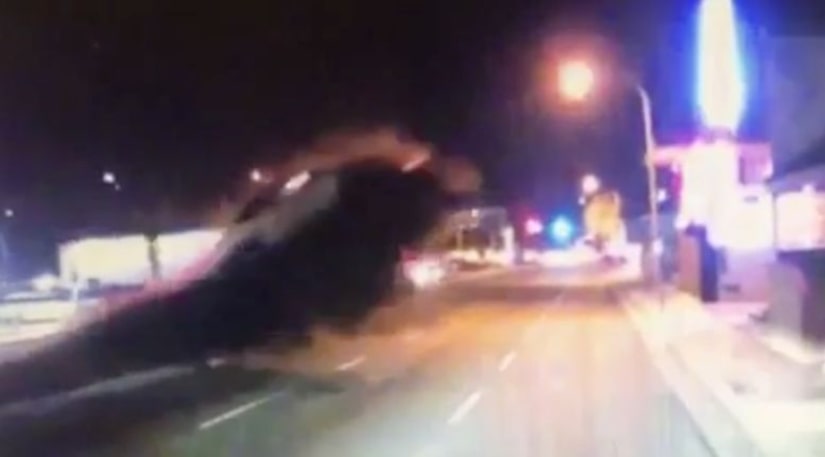 SANTA ANA, Calif. -- (KTLA) -- The moment a sedan catapults off a center median and shoots into the side of a second-story dentist's office in Santa Ana was captured on new dashcam video released Monday.

The crash occurred early Sunday morning after the white Nissan, which had apparently been speeding down French Street, hit the center median and launched into the air, smashing into a dental office at 319 E. 17th St.

The car's two occupants both suffered only minor injuries, according to the Orange County Fire Authority.

The driver told officers he had taken LSD, according to Santa Ana police Cpl. Anthony Bertagna, but officers are still awaiting results of toxicology tests to determine whether any arrests will be made or charges filed.

The new video released Monday by the Orange County Transportation Authority was captured by a bus on Route 60, which runs between Tustin and Long Beach down 17th Street and Westminster Avenue.