Gorospe went missing shortly after she drove to the Flagstaff jail to bail out Malzahn in early October. Her body was found in Mayer later that same month and her death was ruled a homicide.

The Flagstaff Police Department said Malzahn is the primary suspect in her murder, although the county attorney has not officially submitted charges for him. Authorities believe within hours of his release Malzahn fatally stabbed Gorospe then went on a two-day drug-fueled crime spree across Arizona.

He was eventually arrested in Phoenix. Gorospe's body was found several days later in a rural area Near Mayer, Arizona.

The majority of the phone calls are between Malzahn and Gorospe and clearly confirm the two were romantically involved. Other calls include calls with with Malzahn's sister, what appears to be an old girlfriend and a bail bondsmen.

The exchange between Gorospe and Malzahn in one recorded jail phone call is heated from the very beginning.

"Well you already did, pretty much," Gorospe said.

The arguing continues throughout the call.

"I hate fighting with you over something so [expletive] stupid, you know," Malzahn said. "I don't like to fight with you in general but this is really stupid."

"I thought that you and I were gonna do this together," Gorospe said.

At the end of one of the phone calls, Malzahn said, "I love you, Cathryn. I'll talk to you later."

Most of the calls between the couple end in exchanges of “I love you.” On several occasions, Malzahn expresses his undying love for Gorospe calling her his “favorite person on the whole entire earth” and “the most specialest [sic] lady that walks this planet.”

The calls between the couple are filled with dark moments where they joke and laugh about killing each other. During one phone call Malzahn talks about them killing Gorospe's roommate and goes into detail about how they would do it together. 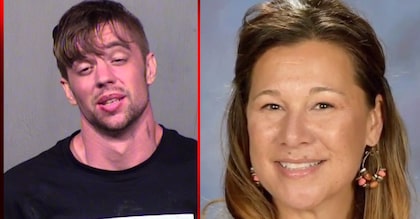