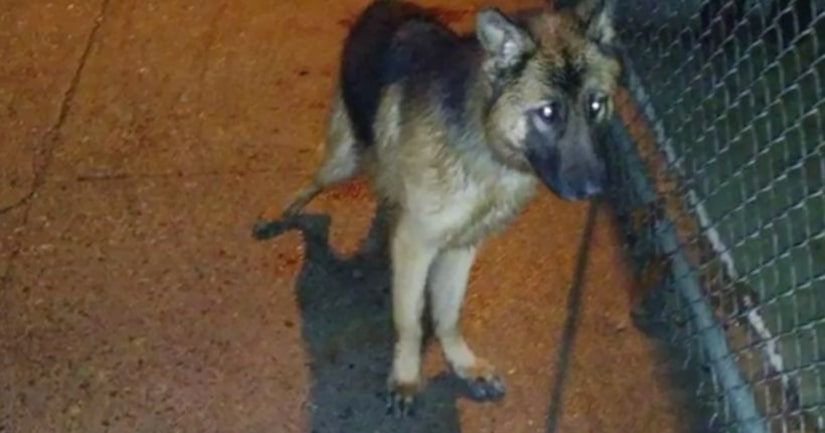 EAST NEW YORK, Brooklyn -- (WPIX) -- A 1-year-old German Shepard is recovering after he was found tied to a Brooklyn fence.

His rescuers, who've named him Buddy, say the dog had a wire wrapped around his leg. It had cut off circulation in the dog's left leg and the pup tried to bit off his own foot so he could escape.

He could barely stand straight when he was found in front of Animal Care Centers of New York Saturday morning. His rescuers took him to a veterinarian for emergency surgery.

Buddy still has a long way to go. Doctors say they may still have to amputate his leg.

“It makes you think about people," Feraz Mohammed, an animal control officer with Animal Care Centers of NY, said. "Why would they make an animal suffer like this?"

FULL STORY: Dog recovering after being tied up outside, attempting to bite off his own foot - WPIX