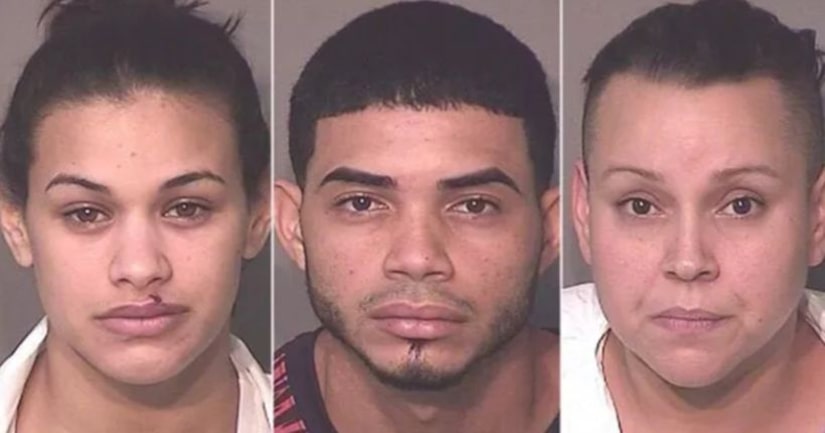 KISSIMMEE, Fla. -- (WBBH) -- Authorities in Florida said the wrong person was killed in a botched murder-for-hire plot set up by a scorned woman.

Osceola County Sheriff Russ Gibson told news outlets that Ishnar Marie Lopez was upset that a man she loved was in a relationship with another woman. She hired 22-year-old Alexis Ramos and his girlfriend, Glorianmarie Quinones Montes, to kill the woman.

Gibson said they tracked down a woman they believed to be the target and forced her into the back of her car and drove her to another location.

Even when they realized they had the wrong person, Gibson said they covered her head in duct tape and garbage bags, then beat her. She suffocated.