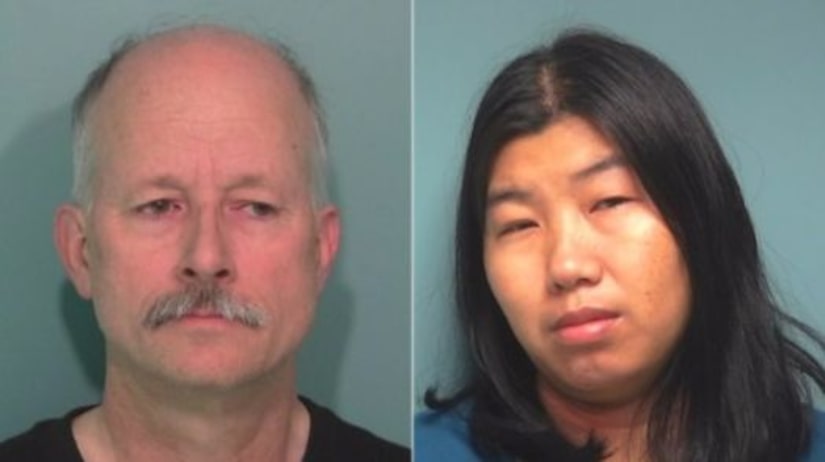 PORTLAND, Ore. -- (KRON) -- A Polk County couple is accused of abusing a 16-year-old girl physically and sexually over the course of at least 4 years.

Michu Uaiyue and Matthew McDaniel were taken into custody on Dec. 7, 2017 after authorities were tipped off to the abuse by a friend of McDaniel. The girl was evaluated and said the abuse began as early as January 2014 and continued until December 2017, according to court documents.

According to the probable cause document, the girl had many scars on her body from beatings over the years. A doctor observed scarring on the girl's body consistent with burns she said were from Uaiyue melting a plastic bottle and letting it drip on her bare skin and pressing a hot piece of metal on her thigh.

“The doctor was able to corroborate some things that she was saying with some scarring on her body,” Captain Jeff Isham with the Polk County Sheriff's Office. “Being tied up and beaten and then even cut. And there's evidence, there's scarring, that kind of corroborates that.”

The girl also reported being tied to roof hooks in the garage and left there for days as punishment. According to the documents, the girl said during beatings, she would be tied up so she couldn't defend herself and a cloth was shoved in her mouth so she couldn't scream. She said “….she hits me hard enough it would tear skin off my body and start bleeding all over the place.”

According to court documents, in December 2016, McDaniel threw the girl against a car, injuring her back. Deputies said he admitted to pushing her but didn't think it was that hard because, “it didn't even dent the car.”

“When our deputies arrived on scene, while they were trying to get a statement from her she actually collapsed because she was in so much pain,” Isham said.

Documents said the girl later recanted her statements about the incident in a letter, but during an assessment in December 2017, the girl said Uaiyue forced her to write the letter by threatening to cut her hair inch by inch. McDaniel had been arrested for assault at the time, but charges were dismissed after the letter.

McDaniel is also accused of forcing the girl to touch his penis or else he would “smack” her and touching her body “everywhere,” according to the probable cause document.