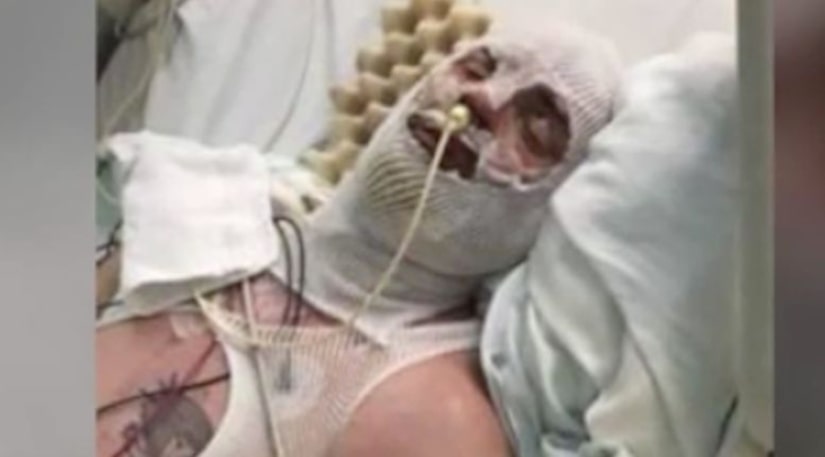 SNOHOMISH, Wash. -- (KCPQ) -- Kasey Busch is grateful to be recovering at home in Snohomish with his family.

In November, surveillance cameras captured the horrifying moment when police say Chris Burrus doused Kasey with a cup full of gasoline and then set him on fire.

In an interview Thursday, Kasey said Burrus was an acquaintance but not a friend. Kasey said he had an argument with Burrus' girlfriend just minutes before the vicious attack.

“He walked up to the car and he threw the 64-ounce cup of gasoline on me,” Kasey said.