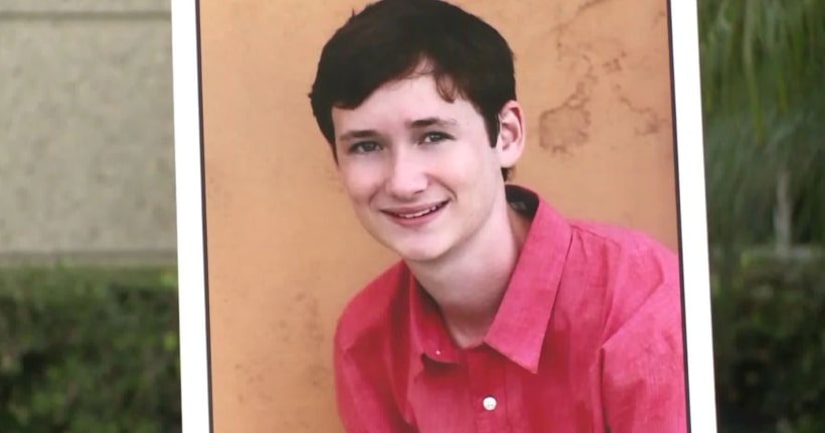 ORANGE COUNTY, Calif. -- (KTLA) -- A document obtained by the Orange County Register Wednesday revealed several new details in the investigation into the death of Blaze Bernstein, the Lake Forest 19-year-old college student whose body was found in an Orange County park a week after he was reported missing.

The document, described by the newspaper as a 16-page search warrant affidavit filed by a sheriff's investigator, detailed information given to detectives by a friend who said he drove Bernstein to Borrego Park in the Foothill Ranch area on Jan. 2, the night he disappeared.

The unidentified friend had attended Orange County School of the Arts in Santa Ana with Bernstein, the Register reported, citing the affidavit.

According to the friend, Bernstein went into the park alone to meet someone else after the two had spent some time hanging out together.

When he was unable to reach Bernstein via Snapchat, the friend said he decided to go to a girlfriend's house in Tustin about 1 a.m. He was unable to tell authorities the girl's last name or where she lived.

He said he went back to the park about 3:40 a.m. after Bernstein still had not responded.

Investigators met with the friend again two days after Bernstein's disappearance and noticed scratches on his hands and dirt under his fingernails. The friend, who appeared nervous while talking to detectives, said they came from his involvement in a “fight club,” the Register reported.

Detectives also noticed camping equipment inside the friend's rental car and said he tried to cover his hands anytime he had to open a door or touch anything during the interview process.

The friend told investigators Bernstein seemed depressed but never spoke of hurting himself.

The Orange County Sheriff's Department confirmed Wednesday Bernstein's body had been discovered in some brush on the outskirts of Borrego Park on Tuesday, ending a weeklong search for the teen. Bernstein was reported missing by his parents Jan. 3.

Based on the condition of Bernstein's body, detectives determined he was the victim of a homicide. A cause of death has yet to be determined.