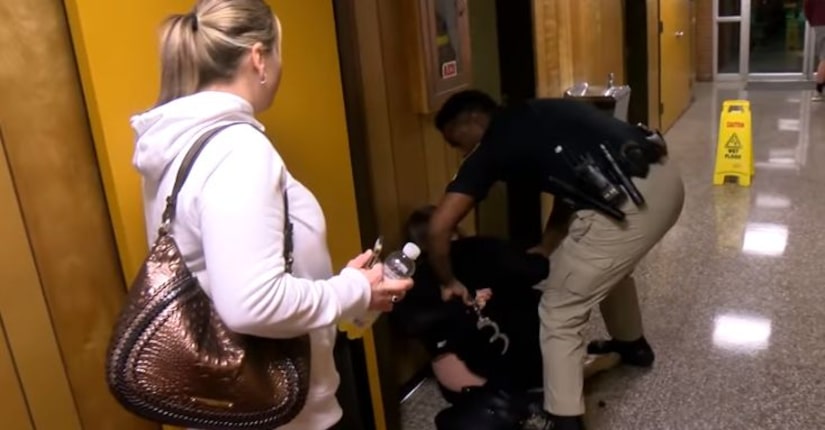 KAPLAN, La. -- (WDCW) -- A Louisiana teacher who spoke out about a superintendent's pay raise during a Vermillion Parish school board meeting on Monday was escorted out and handcuffed by a marshal, according to KATC.

Deyshia Hargrave, a middle school language arts teacher, spoke prior to the vote and questioned the school board's decision to consider a $38,000 raise for Superintendent Jerome Puyau.

“I have a serious issue with a superintendent or any person of leadership getting any type of raise,” Hargrave said. “I feel like it's a slap in the face to all the teachers, cafeteria workers and any other support staff we have. We work very hard, with very little, to maintain the salaries we have.”

Hargrave also expressed frustration that “performance goals” were cited as the reason for the raise when teachers are responsible for helping the school system reach those goals.

After the board approved the raise, Hargrave was again recognized by the board and voiced her frustrations. According to KATC, at least one school board member ruled her “out of order” at one point during the discussion.

It remains unclear whether the marshal was acting on his own accord or on orders of the board members, according to KATC.