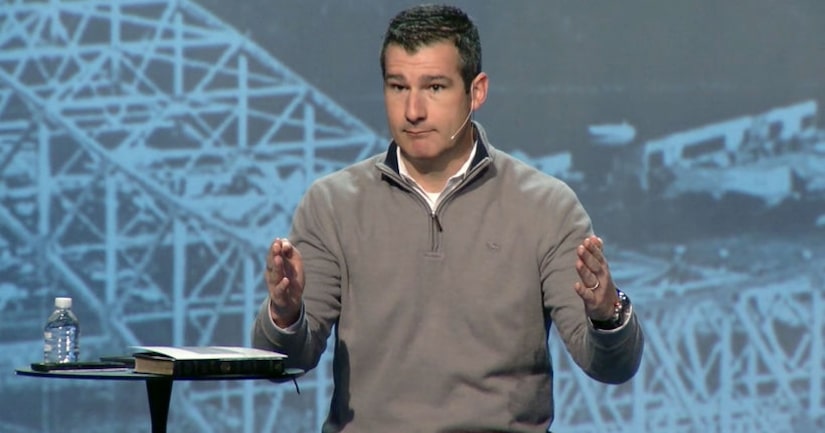 AUSTIN -- (KXAN) -- A pastor at a Memphis megachurch admitted on Sunday to a “sexual incident” involving a high school senior 20 years ago near Houston.

An Austin church leader has now been accused of covering up the incident. Larry Cotton, a director of the Austin Stone Community Church, allegedly told the girl to stay quiet when she reported the assault while he was an associate pastor at The Woodlands Parkway Baptist Church in The Woodlands in 1998, the New York Times reported Tuesday.

In a statement to KXAN, the director of communications at the Austin Stone Community Church said, in light of the serious allegations against Cotton, the church is placing him on a leave of absence while a third party organization investigates the claims.

During the morning service at Highpoint Church in Memphis, Teaching Pastor Andy Savage read a statement addressing the woman, Jules Woodson, who wrote a blog post detailing the allegations on Jan. 5.

“I don't want reading this to minimize anything, I've never wanted to minimize anything about what's taken place,” Savage told the church, going on to say that he was involved in a “sexual incident” with a female high school senior while he was on staff at The Woodlands church.

“I took every step to respond in a biblical way,” he said, by resigning and returning home to Memphis. Savage said he deeply regrets the pain he caused Woodson and her family.

He continued, “Until now I did not know there was unfinished business with Jules,” and asked her for forgiveness. In video of the service posted online, the congregation is seen giving Savage a standing ovation, as Senior Pastor Chris Conlee stands by his side, saying that when the congregation supports Savage in this way, they are supporting Woodson.

In her blog post, Woodson said Savage was driving her home when she was 17 years old when he drove into a wooded area and had her perform oral sex on him. In a phone interview with the New York Times, Woodson said she was disgusted by Savage's comments during the service, explaining it had never been “dealt with” because the incident was never reported to the authorities. She said Cotton had told her it would be handled internally.

The Austin Stone Community Church spokesperson, John Yeng, said the congregation was informed of the situation on Jan. 6. “We grieve for what happened to Jules Woodson. It was wrong and unjust; we cannot overly express our sadness for what this woman experienced in God's church.”

An online staff directory for the church no longer included Cotton.

Woodson said she is speaking with detectives with the Montgomery County Sheriff's Department.

You can read the Austin Stone Community Church's full statement below:

We grieve for what happened to Jules Woodson. It was wrong and unjust; we cannot overly express our sadness for what this woman experienced in God's church. No person should ever be subject to sexual sin from any church leader. Every church should be a safe place for the vulnerable. The trust afforded to any church must be used to care for God's people, never to harm them.

At the Austin Stone Community Church, we take our responsibility to care for and protect our children and students very seriously. This especially includes protection from any kind of sexual abuse or misconduct.

In response to this, we plan to continue doing everything in our power to ensure the safety and security of all of God's children in our care. We want The Austin Stone Community Church to be a place where the voiceless have a voice and the powerless are protected.

In light of the seriousness of these accusations against Larry Cotton, we feel that due diligence is appropriate to ensure Larry's qualification for his current role of leadership. In order to remove our potential bias from the situation, we have placed Larry on a leave of absence while an investigation by a third-party organization is undertaken. We will provide a full report to the church after its completion.

Our church body was informed of this situation on January 6th.”